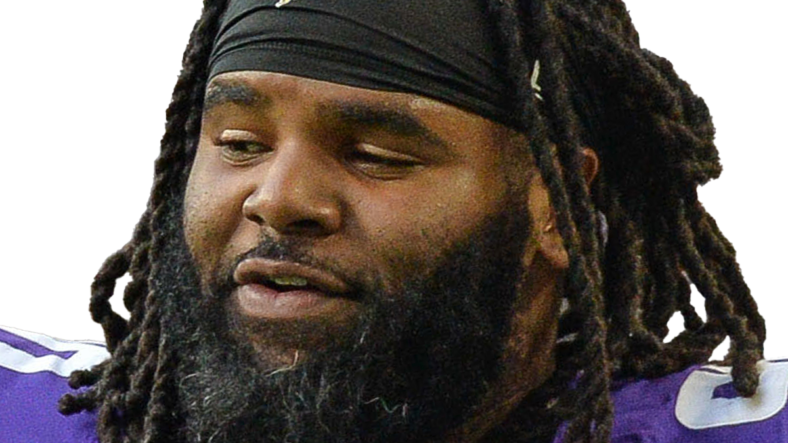 The NFL’s free-agency period has been through multiple waves in 2022, and defensive lineman Sheldon Richardson remains available.

Richardson was signed by the Minnesota Vikings in two separate allegedly-promising seasons, 2018 and 2021. But in both campaigns, the Vikings Super Bowl-contending assurances to Richardson were ill-fated, as the team finished near .500 in both seasons.

As a result, Richardson is unlikely to rejoin the 2022 Vikings roster — he probably would’ve done so by now — and awaits attention from other DL-needy teams.

And according to Greg Auman, a writer for The Athletic, Richardson may be on the Tampa Bay Buccaneers radar.

On a couple of occasions, Auman mentioned Richardson as a person of interest as Tampa Bay continues to fill out its 2022 roster.

Auman has talked about the idea more than once.

Because Minnesota lost Danielle Hunter and Everson Griffen in the middle of the 2021 season, Richardson was often kicked to the EDGE spot of Mike Zimmer’s defense, a place where he performed commendably. Richarson assuredly is not built like a prototypical EDGE rusher, but in desperate times, like last year, he filled the void with competence.

In Tampa, Richardson would likely return to his organic assignment as a three-technique interior defensive lineman. The Buccaneers are a deep football team — Tom Brady unretired for a reason — but could stand to get a little richer in the trenches. Currently, Tampa Bay’s pass rushers include Shaquil Barrett, William Gholston, rookie Logan Hall, and Joe Tryon-Shoyinka. Adding Richardson to the mix would allow the Buccaneers some pass-rushing insurance.

Richardson would also be affordable. Most players of his caliber — good but not great — that haven’t signed two months into free agency can be obtained in a team-friendly capacity. It’s the same world in which Anthony Barr lives right now.

This is what contending football teams do, sign building blocks in the event injuries emerge — because injuries will emerge. Richardson was the 13th overall pick in the 2013 NFL Draft, so his name always carries a little extra shine.

He’s durable, too. Richardson hasn’t missed a football game since the 2017 season.

To date, Richardson has played for the New York Jets, Seatle Seahawks, Vikings, and Cleveland Browns. And, at age 31, he has a few years left to chase a Lombardi trophy.

Additional available interior defensive lineman for the Buccaneers and other teams include Akiem Hicks, Ndamukong Suh, and Larry Ogunjobi, among others.

Per sportsbooks, the Buccaneers are the second-most likely team to win the Super Bowl in 2022, behind only the Buffalo Bills.