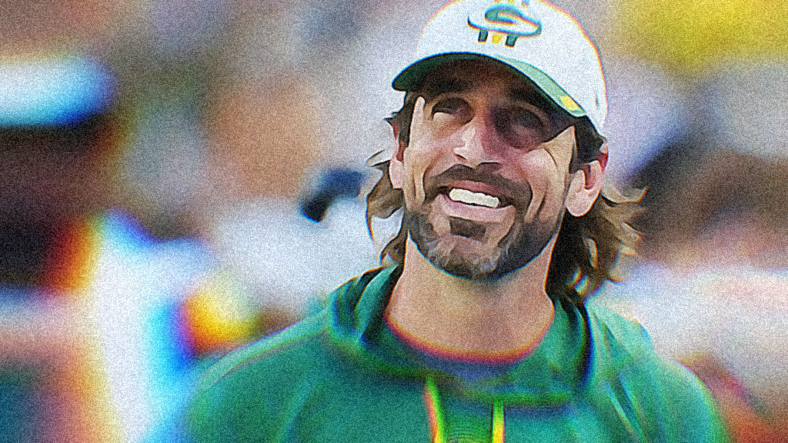 The Aaron Rodgers dramatic saga is over — and the hullabaloo likely won’t return soon.

Rodgers will return to Green Bay in 2022, signing a gaudy deal with $153 million guaranteed.

The move occurs amid an offseason of indecision for Rodgers, contemplating retirement, trade request, or returning to Green Bay for 18th, 19th, and perhaps 20th seasons.

In the end, Rodgers chose what he knows — returning to Wisconsin for more cracks at Super Bowls, which have been incredibly elusive since 2010.

The new contract makes Rodgers the highest-paid player in NFL history, dwarfing Patrick Mahomes’ humongous deal from 2020 per average annual salary. Rodgers will earn $50 million per season, whereas Mahomes is situated at $45 million per season.

Green Bay now also has clarity proceeding to free agency. Before Tuesday, the Packers were hamstrung by Rodgers’ “will I or won’t I?” return antics, preventing the organization from comprehensively analyzing free agency, which begins next week.

Now, Green Bay has its man back, set to presumably franchise-tag wide receiver Davante Adams. The Packers are one of only three teams to currently hold worse financial standing than the Vikings per the salary cap.

But according to the Rapaport tweet, the Rodgers’ extension somehow alleviates cap pressure, so Packers fans are all smiles on this resolution.

Rodgers has won two consecutive MVP awards, improving vastly from his 2015-2019 seasons when, by a smidgen, he appeared to be statistically slowing down. But not anymore.

Green Bay now must hope Rodgers doesn’t experience a Peyton Manning-like nosedive from 2015. Rodgers will be 39 this autumn, and aside from Tom Brady, that’s generally an age when passers decline. Yet, if anybody can channel Brady’s agelessness, it’s probably Rodgers.

Otherwise, the Packers will have a $153 million guaranteed-dollars problem.