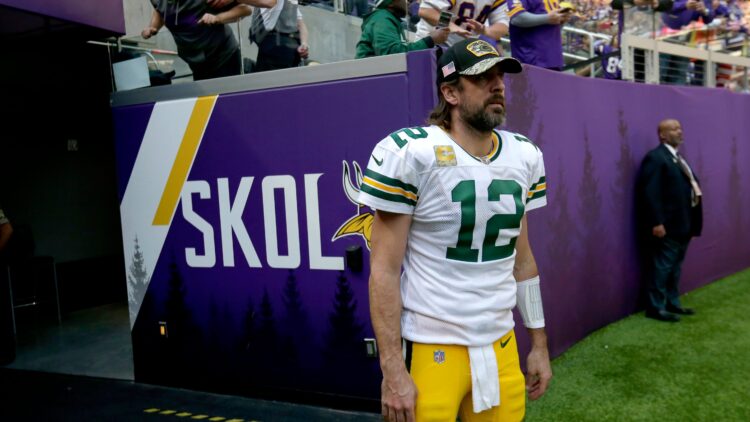 The following questions are about current Minnesota Vikings topics, answered by VikingsTerritory. Today’s is the January 25th edition, addressed in a from-the-hip fashion. If you have questions, please email them to DustinBakerNFL@gmail.com.

Q: Do you guys actually expect the Packers to rebuild after the latest playoff loss?

A: We will believe it when we see it.

Yes, Green Bay is in a dreadful salary cap cave, needing to navigate $40+ million over the cap before deciding what to do with Davante Adams, who is a free agent. But last offseason, everyone was lured into believing Rodgers would actually leave for Denver or Las Vegas. Alas, he did not.

Because the Packers just cannot break through to the Super Bowl with one of the best passers ever, it might be time to trade him elsewhere, still snagging draft picks for the man who will turn 39 next season. Yet, if Rodgers decided he wants one more crack at it, who’s to tell him no in the Packers front office.

On paper, it makes sense to rebuild in Wisconsin. However, our approach is cynical: show us.

Q: Some players are supposed to leave during this offseason, right? Do you think Adam Thielen will be traded?

A: The Vikings might trade Kirk Cousins with Ryan Poles or Kwesi Adofo-Mensah in the saddle, but we do not believe Thielen will go anywhere.

Thielen was already consulted by Vikings ownership, picking his brain on what he desires in Minnesota via leadership going forward. That ain’t nothing. Think how vicious it would be to evaluate his opinion, possibly listen to it — and send him packing. The Wilfs don’t operate like that.

The contract for Thielen isn’t bad at all. He’ll be back catching touchdowns alongside Justin Jefferson in 2022, hopefully avoiding the injury bug that nipped him in 2019 and 2021.

Q: I know the general manager has to be hired first. But since the Vikings are conducting interviews, is there a frontrunner for head coach?

A: Will Ragatz from SI.com reported Bowles was perhaps getting asked back for a second interview. To date, he’s the only one with that distinction.

The Buccaneers defense didn’t play very well against the Los Angeles Rams last weekend, but that shouldn’t affect a man’s stock too much. Otherwise, if Bowles is not the guy, the new general manager should conduct second interviews by this time next week, chatting with men who impressed the Wilfs in Round One of interviews.

The Vikings purportedly also like Demeco Ryans, so this thing is still wide open. Don’t put too much emphasis on additional rumblings until Poles or Adofo-Mensah get their toes in the water.