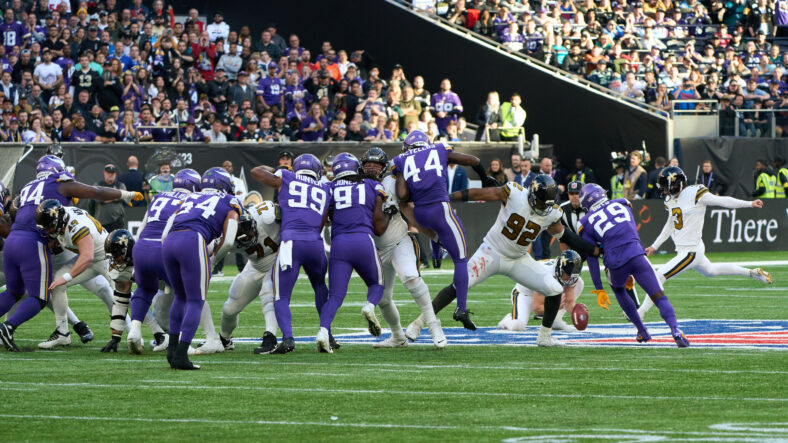 1 – Lewis Cine broke his leg and will be out indefinitely, a disappointment for the Vikings 1st-Round pick in April’s draft.

2 – The Vikings wiggled out of Europe with a win, thanks to a missed 61-yard field goal from Will Lutz.

3 – The Saints played without Jameis Winston, Alvin Kamara, Michael Thomas, and Andrus Peat, so a Vikings loss would’ve been rather embarrassing.

5 – Josh Frey explains the special nature of the Vikings special teams in London.

The Vikings knocked off the New Orleans Saints in Week 4, 28-25, thanks to special teams razzle-dazzle and a terrific game-winning drive from quarterback Kirk Cousins. Greg Joseph saved the day with five field goals, although he curiously missed one crucial extra point.

The Vikings are early seven-point home favorites against the rival Chicago Bears, who lost in Week 4 at the New York Giants, 20-12. The Green Bay Packers also won on Sunday, beating the New England Patriots, but the Vikings stay on top of the NFC North thanks to tiebreakers.