Punt Returner Options for Vikings in 2022 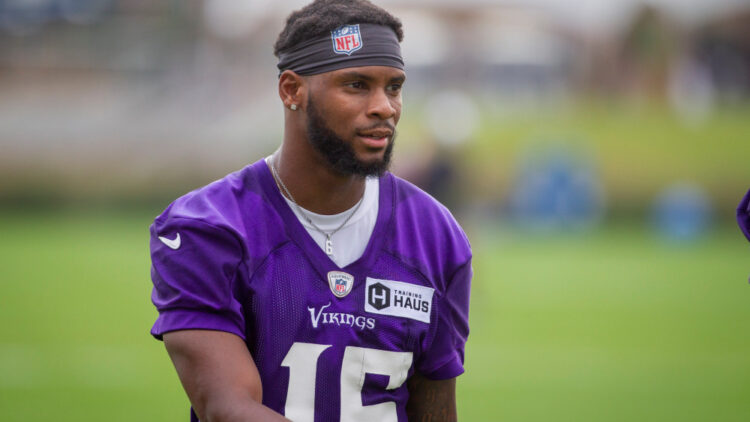 One position of the Minnesota Vikings team that would seem up for grabs is the punt returner. There are a few punt returner options for the Vikings in 2022, but there isn’t an obvious standout candidate.

Back in 2020, special teams were a nightmare for the Minnesota Vikings. Under the guidance of special teams coordinator Ryan Ficken, the unit greatly improved in the 2021 season. Ficken was among the mass exodus of coaching staff following the firing of former head coach Mike Zimmer.

Dede Westbrook came in on a one-year deal as the starting punt returner and had a solid season, which was a vast improvement on previous years. Westbrook returned 22 punts for 183 yards at an average of 8.3 yards per return. Though he is still a free agent, there has been no indication of any interest from the new regime in bringing him back for another season.

Currently on the roster, the Vikings have four players who could fight it out to be the punt returner. Let’s look at the four men who will be involved.

In his rookie season, the only opportunity KJ Osborn had to make an impression was on special teams, where he made the wrong kind of impression, particularly when it came to returning punts.

Osborn returned seven punts for just 27 yards at an average of 3.9 yards per return. There were also some fumble issues leading to many thinking he was a candidate to be cut from the roster going into last season. He is a pretty good wide receiver, and he has nailed down the WR3 spot on the roster.

He did return some punts last season in the two games that Dede Westbrook didn’t play, perhaps with the confidence of being an established player behind him. He fared better returning four punts for 23 yards at an average of 5.75 yards per return — nothing special but a reasonably solid platform that could be built on. He seems the most likely candidate at this moment in time.

Ihmir Smith-Marsette had 1,520 kick return yards and two touchdowns in college with the Iowa Hawkeyes. He started last season as the Vikings kick returner, where he returned four kicks for a total of 83 yards over the first three games of the season. A toe injury slowed his progress, and Kene Nwangwu burst onto the scene, making the kick return job his own. Smith-Marsette finished the season strong on offense scoring a couple of receiving touchdowns. He will hopefully build on that this season under a new offensive-minded head coach. Adding the punt returner’s job would give him more opportunities to make an impact.

After his two touchdowns last season, I expect Kene Nwangwu to maintain his place as the kickoff returner. He has never been a punt returner, but he has shown he has that “home run” ability once the ball is in his hands. How secure would those hands be returning punts? Unlike kick returning, Nwangwu will need to field the majority of punts and be put under a lot more pressure at the point of the catch. Can he handle that? We don’t know as there’s no evidence to view but with his ability to take the ball to the house. He must surely be worth a look during the pre-season?

The Vikings brought in a rookie with punt return experience in 6th round pick Jalen Nailor. He returned both kickoffs and punts in college during his time with the Michigan State Spartans. He returned eight punts for a total of 48 yards at an average of six yards per return. Solid but unspectacular numbers, but the experience factor could give him a head start. Nicknamed “Speedy,” the Vikings added another rapid speed merchant to their wide receiver corps along with last season’s rookies Ihmir Smith-Marsette, Kene Nwangwu, and Dan Chisena. The Vikings have the makings of a decent 4x100m relay team.

I prefer KJ Osborn to concentrate on being the WR3 like he did last season without worrying about taking on a position in which he hasn’t performed exceptionally well. Out of the other three, it should be an intriguing battle, should there be one.

Smith-Marsette and Nwangwu have the experience of being with the Vikings for a year, while Nailor has the experience of returning some punts in college. It will be interesting to see how head coach Kevin O’Connell and special teams coordinator Matt Daniels decide to go.