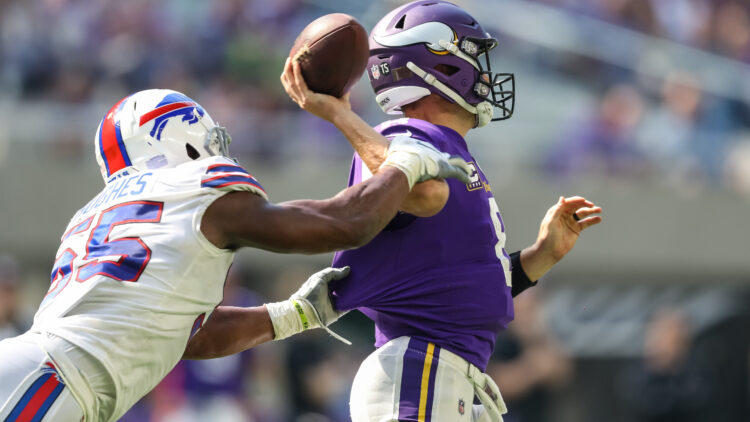 Even though Kwesi Adofo-Mensah and Kevin O’Connell have stated that a Kirk Cousins trade is not currently in the cards, I still believe that if the right deal comes along from the right team, a trade could be made for the much-discussed QB.

Kirk Cousins for #20 overall- Any deal that includes a first-round pick has to be at least considered. Pittsburgh is a team that needs a quarterback and has a roster that is ready to win now. I don’t think there’s a QB that pushes them to the top of the AFC playoff race in this year’s draft, and GM Kevin Colbert seems like he would want to roll with a veteran anyway.

From the Vikings’ point of view, they get to move at least part of Kirk’s money off their books and build their roster with as much young talent as possible.

Kirk Cousins and MIN 2022 3rd for 2023 1st- Per SKOR North’s Judd Zulgad, the Carolina Panthers have called Minnesota brass about a potential trade for Cousins.

I think Carolina is probably just exercising all options in their search for a franchise quarterback, but I think they view themselves as ready to contend in the NFC South and are prepared to go for the division title.

With Kirk, they have a good enough offense to do so and are a defensive retool away from a possible achievement of that goal. For Minnesota, they now have two first-round picks in 2023, which is a highly touted QB class.

Kirk Cousins and MIN 2022 3rd for #9 overall- In this scenario, Aaron Rodgers either goes back to Green Bay or retires, and he’s not an option for Denver. GM George Paton was at the very least played a part in bringing Cousins to the Vikings in 2018, and his is another team in the category of “ready to win but needs a QB.” Denver has a plethora of weapons Kirk can excel with, and the defense is also ready-made to win. Minnesota now has two top-12 picks in 2022 and can build a more well-rounded and complete roster.