PFF’s Best Free Agent Guards for the Vikings to Explore 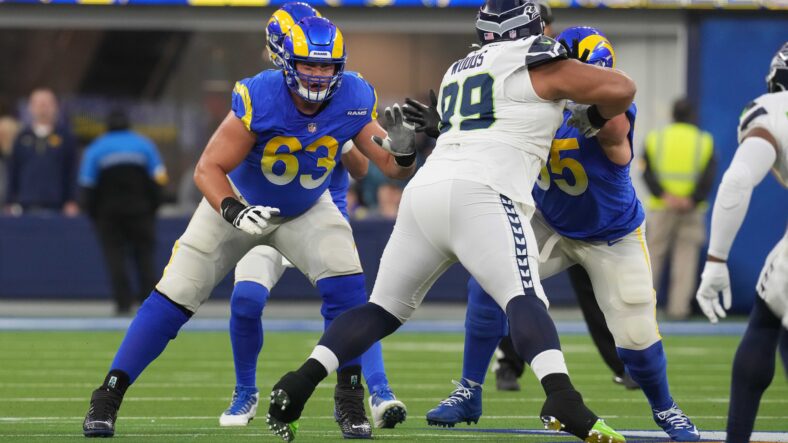 Following on from my best free-agent centers piece, I look at the PFF’s free agent interior offensive linemen rankings again to look for the best free-agent guards that the Vikings should explore.

The guard position has long been a problem for the Vikings, and many players have been used to try and fix it.

Ezra Cleveland is in position at left guard after being drafted as a left tackle in 2020. He broke into the team as the right guard in his rookie season, replacing the woeful Dru Samia, proving an immediate upgrade. Cleveland was named starting left guard for 2021 and had a solid season excelling in the run game, but his pass protection still needs improvement. He could be improved upon, but as the best the Vikings have had for the last two seasons, he indeed gets another year to continue his progression while the franchise tries to solve the other two positions.

It would be great if Wyatt Davis proves to be the answer at right guard, but with no depth at the position, reinforcements are needed regardless. I’m sticking to my no players who will cost more than $10 million a year rule. I don’t expect the Vikings to be in that market, so Brandon Scherff is out. Suppose the team trades away Kirk Cousins and Danielle Hunter and opens up some major cap space. I will come back with a whole new shopping list.  For now, here are the players that are a possibility.

Overlooked on the Cowboys offensive line playing with Tyron Smith and Zack Martin, Connor Williams is a good offensive guard who is equally adept at run and pass blocking. He would be an upgrade to the Vikings offensive line and a player who has more room to grow and improve, even if it were taking the spot of Ezra Cleveland at his preferred left guard spot.

Cleveland has shown he can play on the right side if necessary. Having played four seasons on his rookie contract, Williams will be looking for a well-earned payday. He should be in range for the Vikings, with PFF suggesting a three-year $6.67 million a year contract. If the front office can strike a deal in that range, it would be a great move.

Corbett is a Super Bowl winner with the Los Angeles Rams that Kevin O’Connell could bring with him to Minnesota.

Drafted by the Browns with the 33rd overall pick in 2018, Austin Corbett’s career in the NFL got off to a bad start. A trade to the Rams partway through his second season was the jump start he needed, missing just one game for LA in two and a half seasons. He thrived after switching from center to guard. Position flexibility is a good thing, but the signing would be for the starting right guard position. Corbett is another player looking for a payday after performing well in a contract season. PFF suggests a four-year $9.25 million a year contract. Familiarity with the head coach could be a key factor with this one.

This makes it three out of three for the best free-agent guards, who are 2018 draftees who will be looking for their first big payday.

With Ryan Jensen also hitting free agency, it’s unlikely the Buccaneers will be able to bring both back. Alex Cappa has improved every season, and if that trend continues, the Vikings would get a solid right guard in both run blocking and pass protection. PFF’s suggested four years $9.25 million a year seems a little steep when comparing it to Connor Williams. I’d only look at Cappa if Williams and Corbett were off the table, or you could get him considerably cheaper than that.