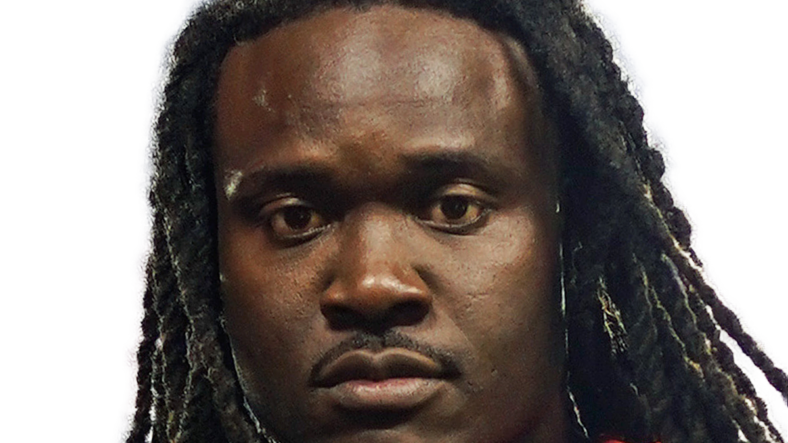 There will be a new defensive scheme in Minnesota this year. Defensive coordinator Ed Donatell has stated it won’t be a pure 3-4 system. The defense will be varied, sometimes using a four-man front and utilizing a lot of nickel.

The fact is there will often be three on the defensive line and two outside linebackers deployed — a change from what was run under Mike Zimmer’s tenure.

There will be a need to add some different types of players to this defense. So, I once again look at Pro Football Focus and their best free-agent lists to look at possible free-agent edge defenders that the Vikings should explore.

Michael Pierce and Dalvin Tomlinson came from teams that played a three-man front, so either will fit into the scheme fine and possibly be more comfortable. If a new contract is sorted out with Danielle Hunter, he can be moved around wherever. Such is that man’s talent.

I also think DJ Wonnum could be well suited to a pass-rushing outside linebacker role, where he doesn’t have so much pressure on his run defense. Outside of those players, I’m not sure about the rest in this new scheme. There’s always room for a surprise emergence to claim a vital role after being previously buried on the depth chart. See KJ Osborn.

However, the Vikings need to bring in a defensive end to play in the front three and an outside linebacker. Let’s see what PFF has to offer on their best free agents list.

Again, I am assuming that Hunter and Cousins stay, but restructures free up enough cap space for some acquisitions but no huge deals. Nevertheless, I have been a little more ambitious with the edge defenders.

I start with the only defensive end to make this list, which is Randy Gregory. PFF suggests a two-year $12.5 million a year contract, which is more than I have been willing to pay at other positions. However, if Hunter and Wonnum are moved out to outside linebacker when we have a three-man front, leaving a bunch of inexperienced draft picks who were picked to play in a four-man front. Two of the front three will come from Michael Pierce, Dalvin Tomlinson, and Armon Watts. Plus, maybe a returning Sheldon Richardson.

I believe there must be a genuine starting-caliber defensive end on that line. Someone who can defend the run and provide a real pass rush threat that allows Hunter to be moved around, thus making him even harder to stop.

Randy Gregory is that guy, but he would cost a bit. It would be up to the new regime to weigh up how competitive they expect to be this season as to whether it would be a move worth making for a player who turns 30 this year.

The Vikings defense needs outside linebackers for Ed Donatell’s system. There are a few options on the roster who could switch to that role. The likes of Danielle Hunter, DJ Wonnum, and even Anthony Barr if he returns to Minnesota for another year.

However, there is nobody whom you would consider a genuine outside linebacker. That has to change. The draft is a possibility, but an immediate starter where you know what you’re getting is warranted. Four possible options are on the table, starting with Hassan Reddick. At 27 years old, he would be the only long-term option, with the other three all being over 32.

Reddick has successfully switched from off-ball linebacker to edge rusher. He is a bit undersized as a full-time outside linebacker at 6-foot-1 and 235 pounds but has a knack of getting to the quarterback, racking up 28 sacks since 2020 — the fourth-most among edge rushers while doing a reasonable job of setting the edge against the run.

The exciting part about Reddick is there might be more to come, and his ceiling at his new position is undetermined. PFF suggests a 3-year contract worth $11.67 million a year — a hefty investment for the future, which may prove to be a bargain.

The first of three veteran edge rushers would be a short-term option, while the current edge defenders acclimatize to new roles. Or while the previous mid-to-late-round rookies continue their development which now requires different roles (Patrick Jones, Janarious Robinson, and Kenny Willekes). The Vikings could use the draft for an outside linebacker, but a veteran edge defender who is used to the system Ed Donatell seems like a sensible move to me.

Melvin Ingram fits the bill of a consistently good pass rusher who can also set the edge. PFF suggests a one-year $8 million deal, which leads to the only question mark. Depending on what cap space is freed up, do the Vikings want to commit that money to a one-year stopgap?

Justin Houston was a name that was touted as a possible Viking last season, though it never materialized. Instead, the Vikings brought back two former players in Everson Griffen and Stephen Weatherly. Neither of them finished the season on the team. Unfortunately, Griffen’s mental health issues returned, while Weatherly was released after a largely uneventful six-game stint.

Meanwhile, Houston signed for the Ravens on a one-year deal and had a solid season. Just one year on the Ravens, and Houston could bolt However, the one-year $7 million contract suggested by PFF only seems feasible if there is a genuine feeling the Vikings can be contenders in Adofo-Mensah’s and O’Connell’s first year.

The oldest and probably cheapest of the possible options is Jerry Hughes, who has become a pass-rush specialist in the twilight years of his career. At 33 years old, he is still rushing the passer as good as anyone. His run defense, on the other hand, is basically nonexistent. Getting after the quarterback was one of the few strong areas of the 2021 Minnesota Vikings defense. I do, however, think a veteran presence who knows the outside linebacker role would be a good thing.

PFF suggests a one-year $6.5 million contract, which would be a bit too steep for my liking. If a cheaper deal could be done, I wouldn’t be opposed to it.