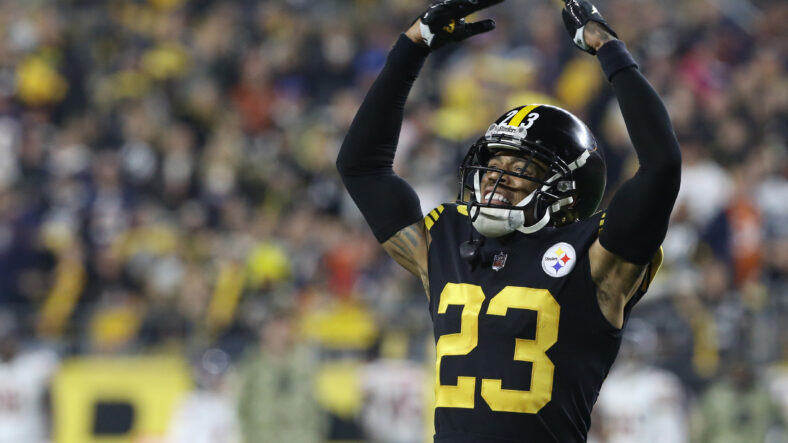 Pro Football Focus recently listed its top 19 free agent cornerbacks, a position that is a priority for the Minnesota Vikings this offseason.

The only notable cornerbacks currently contracted for the 2022 season are Cameron Dantzler and Kris Boyd. After those two, it is Harrison Hand and Parry Nickerson and nothing else. It has been a problem position for a couple of seasons now and will need to be addressed in free agency and the draft. The Vikings lack starters and depth at the position. When it comes to free agency, there are a few options.

I’m assuming everyone isn’t getting traded to give us the cap space for someone like J.C. Jackson, who would cost something like $18 million a year. Some money will have to be made for free agents from somewhere, so I will keep it realistic, putting the other top corners who will fetch north of $10 million a year out of our price range — Jackson, Stephon Gilmore, Carlton Davis, Darious Williams, Donte Jackson, and Charvarius Ward.

The first port of call is deciding whether to bring Patrick Peterson back and trying to reach a deal there. PFF judges Peterson’s season harshly, in my opinion, suggesting his season in Minnesota was underwhelming, and his powers are dwindling. Even suggesting a move to safety.

Peterson was by far the Vikings best corner last season, and while there is no doubt he’s past his prime, he was solid on the outside. PFF suggests Peterson will cost $6 million. If we can get him for $5 million, you make the deal.

A cap casualty last year after a disappointing season with the Chargers, Casey Hayward Jr found his form again with the Las Vegas Raiders. He would be an alternative veteran presence should the Vikings not agree on terms with Peterson. If new defensive coordinator Ed Donatell brings the Vic Fangio scheme with him, that will involve lots of zone coverage.

That would make Hayward a perfect fit, as that’s where he thrives. PFF suggests a one-year $6.5 million deal, which would be a good deal whilst the Vikings potentially develop a rookie.

The Vikings need a good slot corner, and Bryce Callahan would fit the bill if he followed new defensive coordinator Ed Donatell over from Denver. He has always been a consistently good performer, but his one downside has been fitness. He has never managed a full slate of games, including missing six games with a knee/leg injury this past season.

Mackensie Alexander’s return to Minnesota didn’t go well. Callahan would be a significant improvement in the slot but would cost more money. PFF suggests a two-year $5m a year deal. For a fully healthy Callahan that plays every game, that would be a great deal. The question mark is whether you would get.

Another solid short-term option amongst the free-agent cornerbacks is Joe Haden, who at 33 is still a good zone cornerback. Who should still have some tread left on the tires? PFF suggests a one-year $5 million a year deal, which would be a good deal if the front office can find the money. Then use the draft to look for a long-term solution.

The first player on the list under 30 and would be a long-term signing is D.J Reed Jr. The 25-year-old is on the back of a career year in Seattle and has performed well since becoming a starter. His one downside is height, measuring only 5-foot-9, but that hasn’t hindered him too much — garnering a good coverage grade of 75.4 playing on the outside.

Impressively, he grades 85.8 for run defense, showing he doesn’t let his small stature stop him from tackling hard. PFF suggests a three-year $9 million a year deal, which is more money than the other options. If a deal can be worked out, this is the option that can potentially be a long-term solution.

It was an interesting season for Ahkello Witherspoon after being a 4-year on-and-off starter for the San Francisco 49ers. He moved to Seattle in free agency, who then decided to trade him. He went to the Pittsburgh Steelers for a 5th round pick, with the Seahawks eating $2.5 million.

By Week 10, he had played just four defensive snaps. He got his chance from Week 11 onwards, playing in every game and playing well. His standout game happened to be against the Vikings, picking off Kirk Cousins for two interceptions. What looked to have been a disaster of a season turned the corner, and he will get plenty of interest in free agency. He would be an excellent depth piece if the Vikings could sign him to a cheap deal, which could be possible due to a high number of big-name free agent cornerbacks available this offseason.