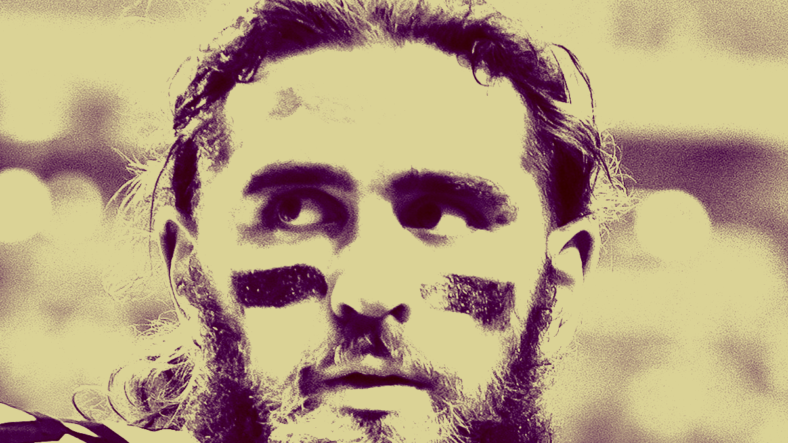 The Minnesota Vikings have 2nd-Round draft capital wrapped up in tight end Irv Smith Jr., a player selected in the 2019 NFL Draft.

Last year, Smith Jr. showcased a promising preseason after a decent sophomore campaign in 2020. Because of his athleticism, age, and reputation, he was theorized to break out in year three as a pro. However, he was injured in the preseason against the Kansas City Chiefs, missing all of the 2021 season.

So, the Vikings are back to a familiar spot with Smith Jr. — a whole lot of hope. He’ll be healthy in 2022, and he should emerge to semi-stardom inside a Kevin O’Connell offense.

In relief of Smith Jr. last season, tight end Tyler Conklin filled in admirably. Conklin tallied 593 receiving yards and three touchdowns — an unexpected output for a man most folks believed was a TE2 or TE3. Incidentally, Conklin is a free agent this offseason, free to sign with any of the NFL’s 32 teams.

On Friday, a tight end for the Carolina Panthers, Ian Thomas, signed a notable deal, granting Thomas about $6.5 million per year.

This directly affects Conklin’s future with the Vikings as Thomas was a substantially less prolific pass-catcher than Conklin in 2021. Thomas tabulated 188 receiving yards and zero touchdowns — and still commanded about $7 million per season via extension.

Conklin can match that with a team or even surpass it. And the Vikings don’t really have $6.5 million lying around to splurge on backup tight ends. Minnesota is in the fourth-worst shape for cap space leaguewide as of February 24th, so even before contemplating a Conklin extension, new general manager Kwesi Adofo-Mensah has to manipulate the piggy bank. Plus, when he and his pals find the money, they’ll have to allocate the funds to defensive personnel. Minnesota needs faces on defense — to the tune of at least four starters.

Conklin was always going to fetch relatively big bucks on the open market after his production in 2021. But the Thomas extension sets the market in a miniature way.

The Vikings focus will be on extracting all they can from the returning-to-health Smith Jr. It is unlikely Conklin will be a priority in free agency.

That’s what happens when a player makes a name for himself on a team strapped for cash.