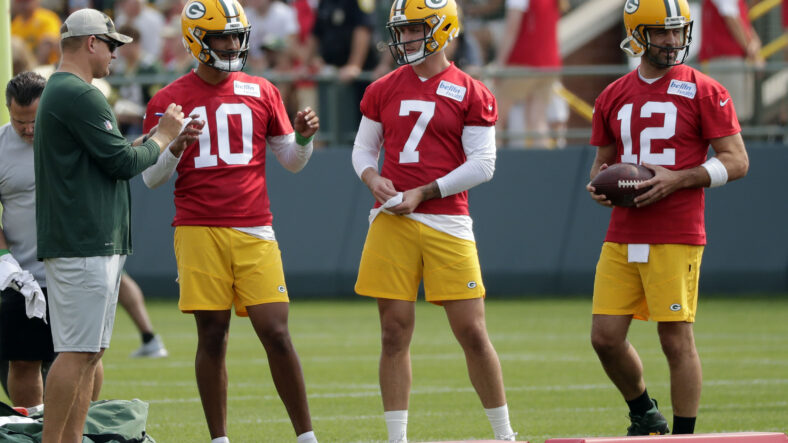 A popular QB3 was released by the Minnesota Vikings primary foe on Friday, as the Green Bay Packers cut ties with Kurt Benkert.

Benkert was the team’s QB3 in 2021 but will not hold that job in 2022 as Green Bay onboarded quarterback Danny Etling this offseason.

Of course, Aaron Rodgers, the back-to-back NFL MVP, remains the Packers starter while Jordan Love, for now, is the backup. Because Rodgers recommitted to the Packers this spring for the rest of his career — at a humongous price tag — Love has become more expendable and a fringe trade candidate. Green Bay drafted Love in the 2020 NFL Draft to perhaps plot life-after-Rodgers plans, but then the future Hall of Famer started winning MVPs again. Barring injury, Love will receive no playing time inside the Packers offense, and his services may be best utilized elsewhere.

As for Benkert, he’s a 26-year-old from the University of Virginia who started his career with the Atlanta Falcons. Benkert has never attempted a pass in the regular season for the Falcons or Packers, but fans love him regardless.

The extent of his regular season resume is a couple of kneeldowns against the Chicago Bears in 2021.

Benkert now hits free agency and can reasonably expect to catch on as a QB3 with another NFL team. After his release by Green Bay, Benkert took the high road thanking the Packers front office and fans.

The Packers travel to Minneapolis for a date with the Vikings in Week 1 in just 84 days. Green Bay is favored by 1.5.