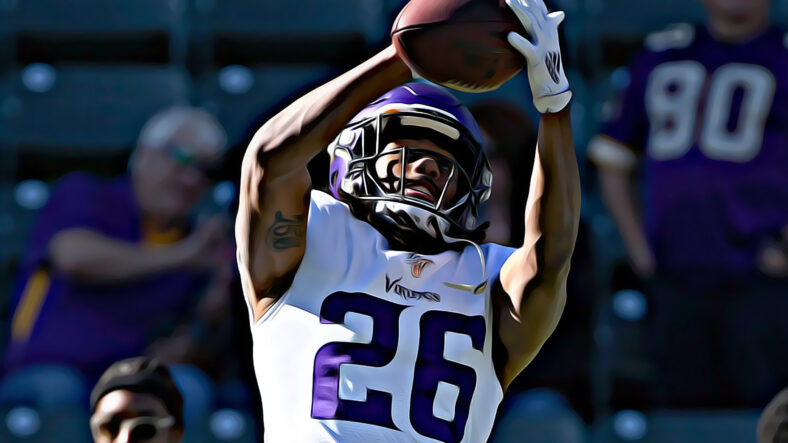 Former notable Minnesota Vikings personalities like Kyle Rudolph, Xavier Rhodes, Everson Griffen, Linval Joseph, and others have had a quiet go of it during 2022 free agency, remaining available on the market through the middle of June.

Trae Waynes, who played for the Cincinnati Bengals in 2020 and 2021, was also part of the “club,” but now his future is more transparent. Waynes told the Geary & Stein Sports Show that he was effectively retired.

The 29-year-old explained some teams have been interested in his free agency but that his NFL days are kaput, “Multiple teams have actually called, but in my head, I’m done. I’m not officially doing it, I’d say, just because I don’t do that shit. I’m retired, but it’s not like I announced it or anything.”

Waynes was drafted by the Vikings in 2015 with the 11th overall pick from Michigan State. The Vikings coach at the time, Mike Zimmer, adored cornerbacks and drafting Waynes set Minnesota up nicely for a pairing of Waynes with Xavier Rhodes, who would blossom into an All-Pro. The two manned the Vikings CB room together for five seasons before both men departed in free agency two years ago. Indeed, Minnesota experienced a mass exodus of defensive talent during the 2020 offseason, losing Waynes, Rhodes, Everson Griffen, Linval Joseph, Mackensie Alexander, and Andrew Sendejo.

The Bengals snatched Waynes on a three-year $42 million deal in the spring of 2020, but his career in Cincinnati never took off. Waynes played in just 15% of Bengals games in 2020 and 2021, culminating in his release three months ago after various injuries.

Until now, Waynes was perceived as a free agent who’d sign on the dotted line as the regular season neared. However, according to his statement on the Geary & Stein Sports Show, Waynes is done with football. And he doesn’t desire a bunch of fanfare regarding the decision.

Waynes famously secured an interception off Green Bay Packers quarterback Aaron Rodgers in the first-ever game at U.S. Bank Stadium in 2016. The pick occurred late in the 4th Quarter, and the Vikings welcomed their shiny new palace into existence in style, largely thanks to the Waynes’ turnover.

The former Viking was at the peak of his powers, along with several other Vikings defenders, in 2017 when he tabulated a 70.1 grade from Pro Football Focus.