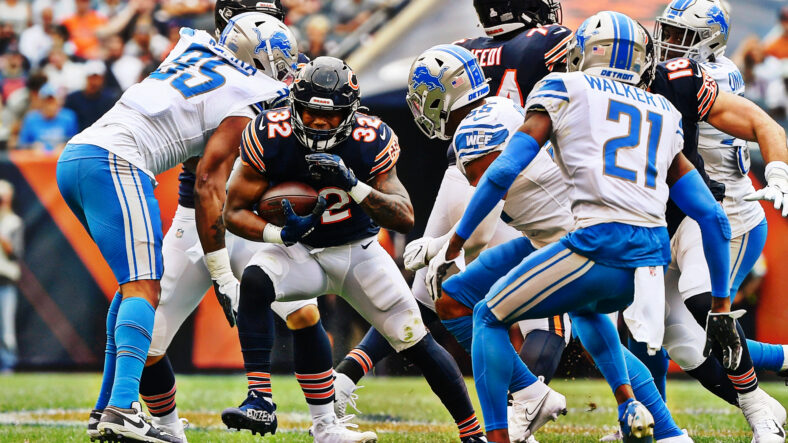 Like the Minnesota Vikings, the Chicago Bears moved on from their general manager and head coach this offseason, welcoming Ryan Poles (GM) and Matt Eberflus (HC) to the organization. And based on how Poles has conducted business in the last five months, he may be setting sights on winning ballgames down the road rather than now.

Chicago hasn’t executed a splashy offseason, instead preferring cap maneuverability for 2023 and beyond. In fact, as of June 15th, the Bears have the NFL’s third-most cap space with about $24 million. Poles is evidently playing the long game.

The strategy is fine and dandy. Perhaps it will turn out in a few years that Poles was a mastermind. For now, though, the plan is a bit strange because Chicago employs a second-year quarterback who will be fully adjudicated in 2022 and 2023 to determine long-term trajectory as a starter. Ordinarily, general managers surround promising young quarterbacks with the utmost talent, not a reduced version like these Bears are putting together.

Because Chicago’s offseason has been so milquetoast, the roster, compared to other franchises, is deficient. According to ESPN’s Football Power Ranking Index, the Bears are forecasted as the NFL’s worst team in 2022.

ESPN defines FPI, “The Football Power Index (FPI) is a measure of team strength that is meant to be the best predictor of a team’s performance going forward for the rest of the season. FPI represents how many points above or below average a team is. Projected results are based on 10,000 simulations of the rest of the season using FPI, results to date, and the remaining schedule.”

Additionally, ESPN’s Louis Riddick piled on this week, nominating the Bears as the worst team leaguewide.

Of course, neither the FPI nor Riddick matter if the Bears arrive in September and start winning games. But, for now, Chicago is among the NFL’s bottom-tier, chiefly due to roster construction.

Moreover, mandatory minicamp didn’t change the outlook. The team’s best player in 2021 was arguably EDGE rusher Robert Quinn, who recorded 18.5 sacks last year, and he didn’t show up at the event. He’s reportedly “training on his own.” Traditionally when a player skips mandatory minicamp, a trade or holdout is imminent. Those scenarios don’t bode well for a franchise already facing an uphill climb in 2022.

The Bears, a team that finished 6-11 in 2021, will embark on Eberflus’ maiden voyage as head coach without Khalil Mack, Allen Robinson, Akeim Hicks, Bilal Nichols, perhaps Robert Quinn, and other 2021 starters.