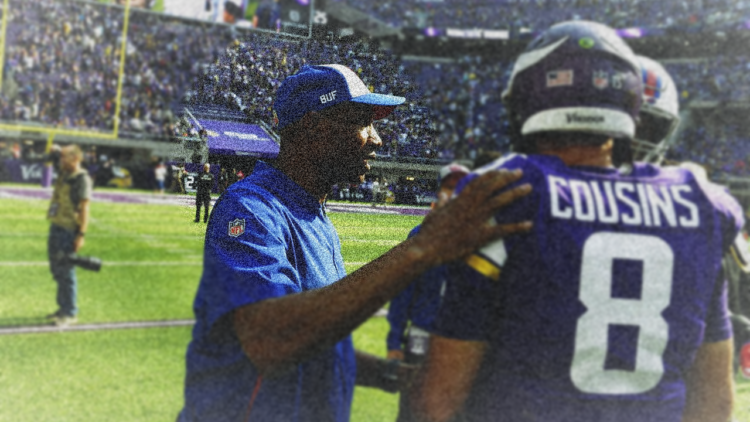 The Vikings fired Frazier after the 2013 season, capping a three-year stint when Frazier took over for Brad Childress. Frazier is the current defensive coordinator for the Buffalo Bills.

But now he should come back, according to Souhan. To date, the Vikings have interviewed Todd Bowles, Jonathan Gannon, Nathaniel Hackett, Kellen Moore, Raheem Morris, Kevin O’Connell, Dan Quinn, and DeMeco Ryans during this coaching search. It is unlikely for Minnesota to use “backward” thinking with a Frazier interview, although anything is possible.

Truth be told, Minnesota is more likely to interview Brian Daboll, the architect of the Bills offense. He’s slated to receive a second interview with the New York Giants this week after that organization hired an executive, Jon Schoen, from Buffalo’s front office.

Minnesota recently finished an era involving a defensive-minded coach with Mike Zimmer, whose defense was spectacular from 2014 to 2019. Yet, in 2020 and 2021, Zimmer’s ferocious defense crumbled. From 2014 to 2019, the Vikings defense ranked first in the NFL per EPA/play. Starting in 2020 until now, the defense plummeted to 23rd in the league during Zimmer’s final two campaigns.

Generally speaking, most fans prefer an offensive coach for this hire. Why? Well, have a look at the field remaining in the 2021 NFL Playoffs. Sean McVay, Andy Reid, Kyle Shanahan, and Zac Taylor are the remaining coaches leading teams into conference championships – all came from offense backgrounds. While such is not the case every year – Bill Belichick, a defensive coach, is usually around at this time of the postseason – offense is king in the NFL right now. Just re-watch the Chiefs and Bills game from Sunday night.

Plus, followers of the Vikings prefer a fresh start – absent of Rick Spielman or Mike Zimmer. Dialing up Frazier for nostalgia seems counterproductive and incongruent to a fresh start.

Souhan opined in his article, “Frazier is obviously a great candidate. The Vikings seem willing to let their familiarity with one of the classiest coaches in team history count as a negative.”

And he’s probably right. If the Vikings hired Frazier, there’s a real chance he’s grown as a leader, perhaps restoring the Vikings to playoff form. Yet, right now, that’s only a what-if.

Frazier’s career win-loss record as a head coach is 21-32-1 (.398), just a couple of percentage points behind a coach like Adam Gase.

Indeed, he is classy – and the Frazier sequel could work wonderfully – it’s just unlikely to happen. Coaching changes, especially ones coupled with a new general manager, foster new ideas and faces. Frazier doesn’t provide that – at all – and his largely postseason-less performance a decade ago isn’t conducive to another hurrah.

The Vikings could see more of Frazier soon, though. He’s in the running to become the next coach for the Chicago Bears.