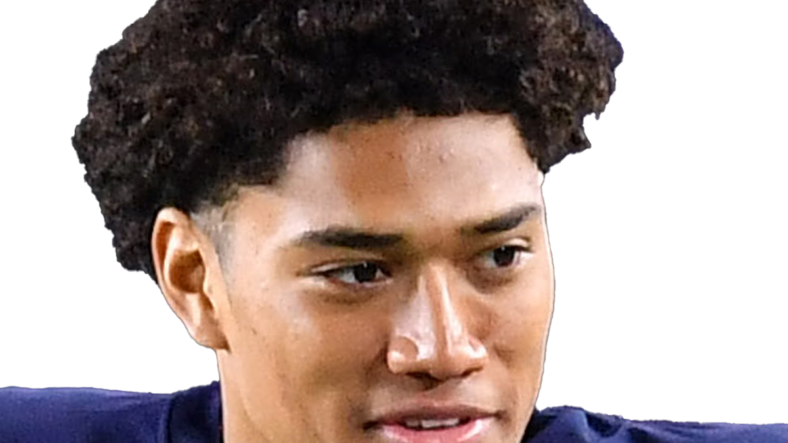 One week ago, it was farcical to earnestly forecast Kyle Hamilton for the Minnesota Vikings in the draft.

But now, the Notre Dame free safety could actually be available to Kwesi Adofo-Mensah with the 12th overall pick.

Hamilton is widely considered a Top 3 or Top 5 player in the 2022 NFL Draft, but safety is not necessarily a premium position for some teams. Instead, quarterbacks, wide receivers, EDGE rushers, and offensive tackles are all the craze — and to a degree, rightfully so.

The interesting part is the Vikings have the aforementioned position accounted for, generally speaking, while holding a roster need at safety.

Blend a Top 5 prospect with a long-term team roster need, and a marriage blossoms.

For now, second-year safety Camryn Bynum is slated for the free safety gig opposite Harrison Smith, but a Hamilton addition to the team would almost certainly put Bynum on the backburner. Safety is the only defensive position that the Vikings “did nothing” during free agency, suggesting the organization is content with Bynum — or holding out hope for Hamilton.

Hamilton-to-Vikings was fringe theory until the final days before the NFL Draft. Now, multiple pundits, via mock draft, forecast the possibility, including Todd McShay from ESPN in his final mock draft of the season. McShay said of his theory on Hamilton in Minnesota:

“Xavier Woods left in free agency, and Harrison Smith is 33 years old. Hamilton comes at pretty good value, and he has a unique combination of range, size, length and ball skills. Before his knee injury in October, Hamilton picked off three passes.”

McShay is correct about Smith. He’s hitting the twilight years for a safety, meaning replenishment is soon needed.

And what better way to replicate Smith’s era of dominance than with the selection of fellow Notre Dame alumnus Kyle Hamilton?