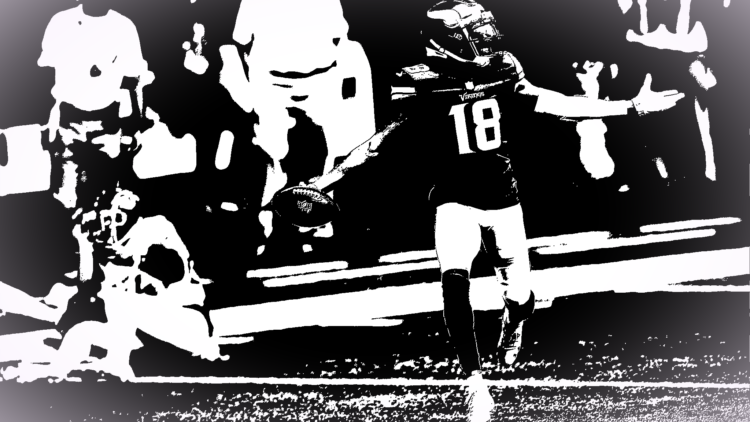 That propelled thousands to fantasy football championships and established Chase as a household NFL name.

And that’s not all.

Those 266 receiving yards whisked Chase’s total for 2021 to 1,429, breaking Justin Jefferson’s rookie record. Before Bengals-Chiefs, Jefferson held the record for 1,400 receiving yards in a player’s first year, set in 2020.

Chase and Jefferson were teammates at LSU.

Prior to this weekend, it was possible for Chase to break the record, needing 237 yards for the mark. But Chase shattered the number in a single game. Not much was made of Chase’s pursuit of the honor because, in all likelihood, he should’ve needed two games to top Jefferson. But Joe Burrow and Co. had other plans.

For at least one more year, Jefferson holds the NFL record for most receiving yards in a player’s first two seasons, grabbing the distinction last week in a loss to the Los Angeles Rams — while the old record holder, Odell Beckham, looked on at U.S. Bank Stadium. Chase, barring a bizarre sophomore slump in 2022, is guaranteed to stalk that record as well.

In beating the Chiefs — a standalone accomplishment because Kansas City had won eight consecutive games — Cincinnati won the AFC North, stamping a ticket to the 2021 playoffs. The Bengals will host a playoff game in two weeks, likely against the Raiders, Colts, or Chargers.

The Vikings, on the other hand, fight for their playoff lives on Sunday Night Football versus the Green Bay Packers. A loss to their most hated rival eliminates Mike Zimmer’s squad from postseason contention.

Also Read: If the Vikings Trade Kirk Cousins, They’ll Be Up to Their Old Tricks