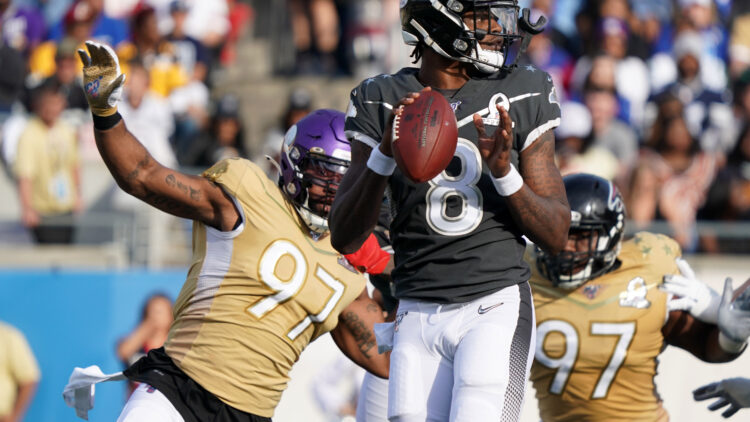 The quarterback market explodes seemingly every single year. The yearly salary and guarantees that quarterbacks are getting today are ridiculous. We are talking about more than $40 million per year. However, we need to reevaluate how we view quarterback contracts.

This seems outrageous at face value. We fans look at this and wonder what in the world teams are doing signing these mega contracts. Are the players even worth this much money? That was certainly a question Vikings fans had in 2018 when they signed Kirk Cousins to a 3-year $84 million fully guaranteed contract.

At that time in 2018, this was a record-breaking deal. It truly shook the quarterback market. How and why would a team sign a player to a fully guaranteed contract like that. Many Vikings fans are still in shock and anger about why their favorite team did this.

However, these types of mega-deals are becoming more and more common. In fact, Cousins is now tied for the 8th highest-paid quarterback in the league. However, Lamar Jackson and Kyler Murray are looking for their paydays. Both of who are likely seeking deals averaging $40.5 million per year.

Once these deals are done, Cousins will be tied for the 10th highest-paid quarterback in the league. This is not too bad, considering his level of play. Cousins ranks 14th in EPA+CPOE composite.

So, how should we evaluate the quarterback contract?

How to View Quarterback Contracts

The only important part is how much cap space the deal eats up. The larger the percentage cap eaten up by the quarterback, the less the team can spend elsewhere.

Spotrac has this broken down nicely for us. For the Vikings, Cousins eats up 14.97% of the salary cap in 2022, which is the 3rd highest in the NFL. So, in terms of effective cap space utilized, the Vikings are paying the 14th best QB (using EPA+CPOE), the 3rd most in the league. This is not a recipe for success.

We can debate whether or not Kirk Cousins is good enough until we are blue in the face. And to be frank, many of us do on Twitter. However, the fact remains that Cousins eats up the 3rd most cap space of quarterbacks in the league.

In comparison, Patrick Mahomes is second, and Aaron Rodgers is fifth. Do we really think Cousins adds as much value to the Vikings as Mahomes and Rodgers do for their teams? Not even close.

With all that being said, we must evaluate the correct reference points. For a quarterback, the question is not how much his average yearly contract is worth. It is how much of the salary cap he costs and how that impacts the rest of the team building.