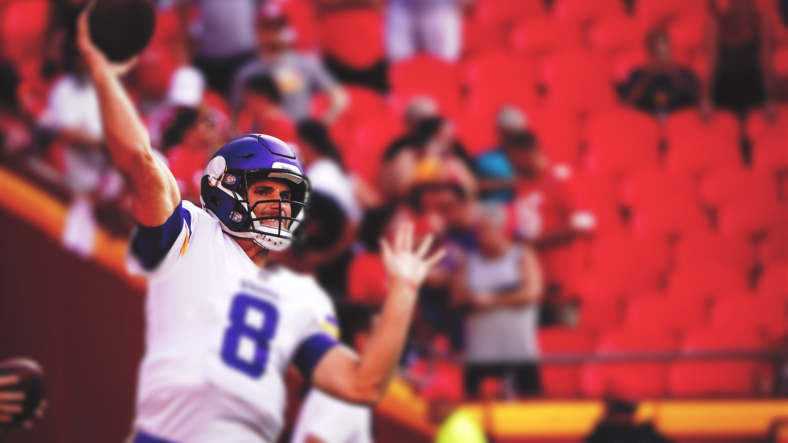 The Minnesota Vikings are recommitting to Kirk Cousins — for at least two more seasons.

In the guts of the deal — and something most onlookers of the Vikings didn’t foresee — Cousins also landed a no-trade clause in the agreement, meaning he and his agent must approve a trade destination if the trade-extend chatter heats up at this time next year.

The return of Cousins also subtracts the Vikings from the Deshaun Watson Sweepstakes as the franchise was rumored to have interest in the embattled passer. While the call about Waston’s price may have been made, the Vikings are playing it safe, sticking with Cousins to commence the Kevin O’Connell era.

In the last several seasons, Cousins has gained a reputation as a shrewd businessman, even though his overall personality is amicable and soft-spoken. But this is the brass tacks:

The news of Cousins’ extension hits a divided fanbase. Many Vikings fans were ready to move on amid the era of change. The organization has a new general manager and head coach, so a substantial portion of Minnesotans believed a Cousins trade would be the final domino, thrusting a full rebuild into motion.

There will be no rebuild.

Extending Cousins effectuates a plan akin to Matthew Stafford with the Los Angeles Rams. With the Lions, Stafford was a “loser” according to “quarterback record.” Under Mike Zimmer in Minnesota and Jay Gruden in Washington, Cousins was exactly mediocre, firing up a career win-loss record of 59-59-2. After the Stafford trade — unlocking his full potential with men like Aaron Donald, Von Miller, Cooper Kupp, Jalen Ramsey, and Odell Beckham at his side — all Los Angeles did was win a Super Bowl.

The Vikings hope to do the same with O’Connell’s tutelage, reversing the course of vanilla offensive playcalling under Zimmer and Klint Kubiak.

On the whole, though, the Cousins extension is a short-term move. In all likelihood, depending on the fallout of the 2022 season, Vikings fans, brass, and Cousins will be in this same spot in one year — discussing his future.

That’s how the deal is structured.