Is There a Harrison Smith Replacement in Round 2? 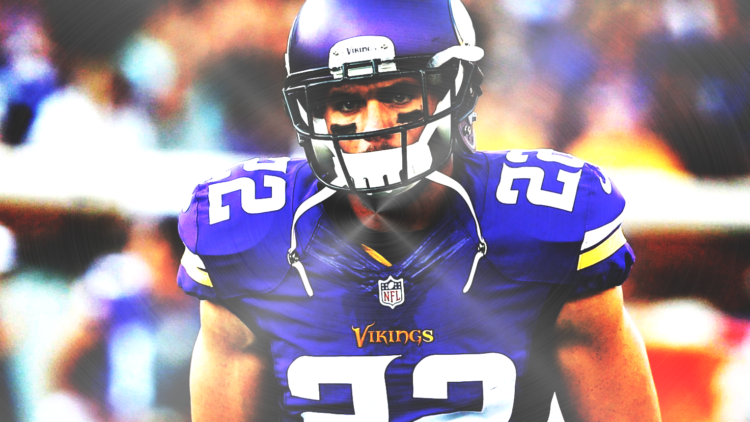 We all know the Vikings need a cornerback. It is very likely they will address this need in the first round. However, one of the most significant issues the Vikings have faced in recent years is aging starters. One of those aging starters is Harrison Smith. This is a future need, and there just might be a Harrison Smith replacement in round 2.

One name that is not often associated with the Vikings is Jalen Pitre. While most mock drafts do not have him going to the Vikings, Jordan Reid’s seven-round mock draft does. Pitre is a fascinating prospect.

I first noticed him while doing mock drafts in February. Most of the time, he was a player available in the third round. However, after he played in the Senior Bowl, it became apparent that this kid could play. Although, there is a reason he will be available on day 2.

Jalen Pitre played the “star” position at Baylor. The star is usually a hybrid type of role. Sometimes they will be a slot corner. Other times they will be playing deep safety or middle rover or on the line of scrimmage. In other words, a player here needs to be versatile.

Although, he might not be able to play this position at the NFL level. One of the reasons for this is he does not have the speed and has “sticky hips.” Sticky hips mean he is not fluid at flipping his hips to run with a wide receiver.

However, he has a lot of traits that could make him a great future replacement for Harrison Smith. Or, at the very least, safety depth and competition for Cam Bynum.

What Jalen Pitre Does Well

When I watched him play in the senior bowl, I instantly wanted him on the Vikings. He made a few plays in that game that showed exactly what you want in a safety. He was able to read and react quickly.

This is very reminiscent of what Harrison Smith does. Smith is not the fastest player in the world, but he is instinctive. Those instincts allow him to leave one step sooner and get to the ball one step sooner. This is why instincts are more important than speed and why tested athleticism is not always the best indicator.

Tested athleticism can be great for many things, but ultimately it comes down to what the player does on the field. Obviously, you can’t be as slow as an offensive lineman and expect to play safety at the NFL level. However, pure testing is not the end all be all.

For Jalen Pitre, he makes the correct read more often than not. And best yet, he is willing to shoot gaps and make plays in the run game. This is precisely the type of guy who could add some much-needed depth to the Vikings’ defensive back group.