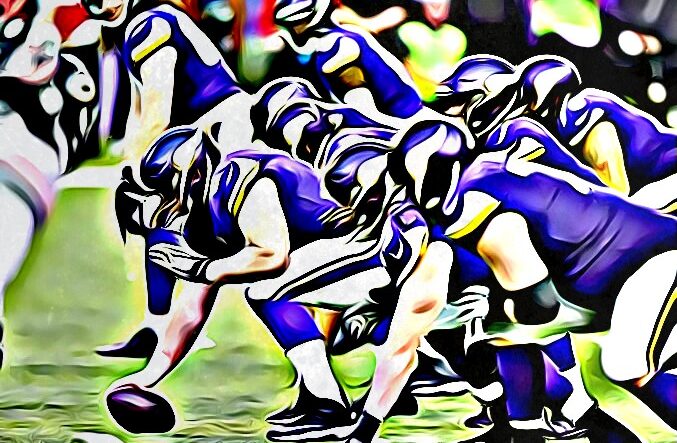 The offensive line has been a problem for the Minnesota Vikings for several years. Before every season starts, there is the hope of an improved Vikings offensive line.

Considering they are paying top dollar to a pocket passing quarterback, the foreseen lack of heavy investment, at least in free agency or the trade market, has been a source of frustration amongst Vikings fans. The men formally in charge of putting the roster together used the draft to find their linemen, an admirable approach that could still bear fruit. If second-round rookie Ed Ingram wins the starting job at right guard, the entire Vikings offensive line will be comprised entirely of Vikings draft picks.

O’Neill is one of the most solid right tackles in the game. Always dependable with performance and availability, you couldn’t ask for much more from your right tackle. Left tackle is seen as the most important position on the offensive line, which is the Vikings used their first-round pick last year on Darrisaw. Unfortunately, an injury carried over from the college football season meant he wasn’t ready to go when the NFL season started. He would play in only 12 games, starting 10 of them. The good news is he showed enough to give a reason for optimism that he can become the franchise left tackle the Vikings hoped for.

Drafted as a left tackle, Cleveland is one of many tackles the Vikings tried moving to guard. He is the only one that has worked out. He excels most in the run game and still needs to improve his pass protection but on a line that has struggled so much, his average to slightly above average play was a welcome sight. The biggest question mark is at the center. As a first-round pick, Bradbury has dramatically disappointed. In the last year of his rookie contract, he needs a significant leap in performance.

Thus far, the Vikings have decided against bringing in a new center, though JC Tretter is still without a new team. They signed Austin Schlottman, who will be a backup player at most. They also dipped into the free agency market for Chris Reed and Jesse Davis. Reed has a reputation for being a very good backup guard, often stepping in for injured players and performing admirably. Davis is the most experienced player competing for the right guard spot with 72 starts to his name. He has played both tackle and guard and is the front runner to play right guard. He took all the first-team snaps in mini-camp, which shouldn’t be a surprise considering his greater experience. It will be up to Ingram, Reed, or Wyatt Davis to beat him out.

Has the Vikings offensive line improved? I want to say yes, but I’m hesitant. Pro Football Focus has ranked the unit as 19th across the league going into the 2022 season. That would be an improvement on last season, where they finished the season ranked 23rd. PFF certainly has some optimism claiming this could be the best protection Cousins has ever had in Minnesota:

“This could sneakily be the best offensive line of quarterback Kirk Cousins‘ Vikings career. Much of that, though, comes down to the development of the team’s 2021 first-round pick, Christian Darrisaw. Darrisaw earned a 71.9 overall grade on 652 snaps last season and got stronger as the campaign wore on.”

The competition isn’t stiff, and 19th still represents a unit in the bottom half of the league. However, it is getting closer to the middle of the back. If Darrisaw takes a big leap and Cleveland also progresses, along with considerable improvement from Bradbury, then maybe this Vikings offensive line can push to be a top-half unit — if whoever wins the right guard job can also hold their own.

The Vikings have playmakers in abundance and a quarterback who can throw the ball as well as anyone. If the offensive line can become good, then that Vikings offense becomes a frightening prospect.