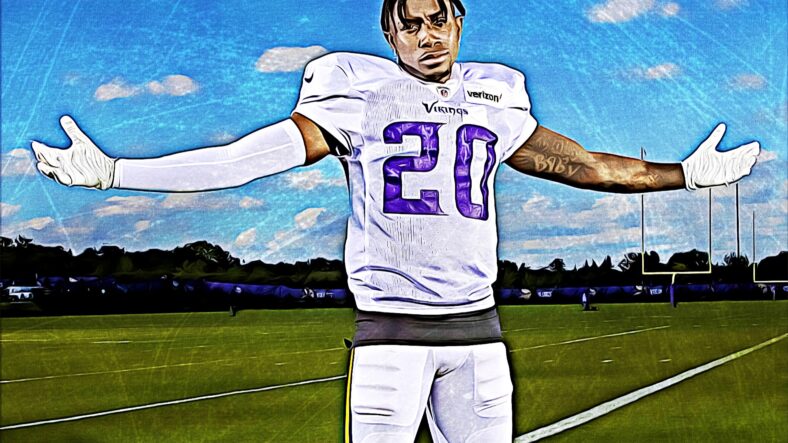 Last week, former Minnesota Vikings cornerback Jeff Gladney was found not guilty of assault charges in Texas, clearing his name — and a path to return to the NFL.

Evidently, an acquittal was all teams needed to see for Gladney’s shot at redemption. Gladney signed with the Arizona Cardinals on Wednesday after missing all of the 2021 season when the Vikings released the TCU alumnus.

The 25-year-old former 1st-Round pick by the Vikings, equipped with a clean legal slate, gets a shot with a Super Bowl-contending team.

Arizona enjoys Vikings cast-offs, signing cornerback Bashaud Breeland in 2021 after the Vikings parted ways with him, too. The brash Breeland was on the Cardinals roster for the postseason but never played a game. The Cardinals were slaughtered by the eventual Super Bowl champion Los Angeles Rams 34-11 in the NFC’s Wildcard Round. Breeland was not summoned for on-the-field duty.

Gladney will try his sophomore campaign on for size in the desert after a decent rookie season in Minnesota. He played in every Vikings game during the 2020 season, tabulating 81 tackles, seven tackles-for-loss, one forced fumble, and a suspect 118.1 passer-rating-against. His Pro Football Focus grade as a rookie was 50.1.

The Cardinals will experience a scrappy athlete, gifted with a knack for tackling but room for improvement via pass coverage. Sometimes in 2020, Gladney’s toolset seemed more like that of a safety than a cornerback.

Gladney’s audition in Arizona arrives as the Vikings on-board a member of the Cardinals. Linebacker Jordan Hicks signed with Minnesota on Tuesday, firming up the middle of Ed Donatell’s 2022 purple defense. Hicks should pair with Eric Kendricks — and possibly Anthony Barr — as Minnesota 3-4 linebackers this September.

The financial terms of Gladney’s agreement were not immediately available.