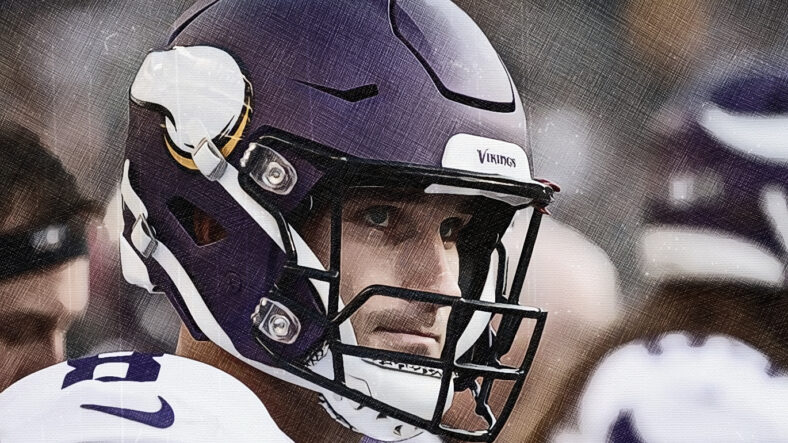 The Minnesota Vikings were announced as travelers to Philadelphia for a date with the Eagles in Week 2 of the 2022 regular season. As of Monday morning, the Vikings know they play at Philadelphia in Week 2 and against the New Orleans Saints in London on October 2nd (Week 4).

Well, search “KIRK COUSINS” in Twitter’s search field, and this is a top result.

Every time Cousins is slated for primetime duty, familiar narratives such as this emerge. It’s death, taxes, and _____ type of stuff.

The fixation is on “quarterback wins,” a flimsy statistic used to adjudicate a single player in a 53-man team sport. Cousins is often skewered for his personal “primetime record,” which, if one believes in the efficacy of the statistic, is 10-17 (.370).

Matthew Stafford’s “primetime record” is 10-16 (.385), but nobody tweets about it because Stafford is a media darling. Cousins is not.

Since Cousins became a full-time starter in 2015, these are his individual statistics in primetime:

And in the last seven seasons, since 2015, the 97.6 passer rating from Cousins is better in primetime than:

But the problem is this: lifting up Cousins’ individual performance during primetime games in a team sport doesn’t sell clicks. It’s less outrageous for media entities to publish or tweet, “Kirk Cousins’ production in primetime games is quite good.”

Spamming the team’s win-loss as if it is Cousins’ own is more tantalizing for criticism. It’s easier for simple minds to digest a quarterback record than the context and nuance of a quarterback’s role on a football team.

Take, for instance, Warren Moon. The ex-Oiler and Viking is universally considered one of the most prolific passers in NFL history. His quarterback record was 102-101 (.502).

Nobody cares that he was a .500 quarterback because folks decided he didn’t win a Super Bowl because his team wasn’t good enough or he “played in the wrong era.”

For some reason, Cousins is not afforded leeway like Moon or Stafford. And it’s unlikely he ever will unless the Vikings win a Super Bowl under his direction.

With Cousins at the helm, the Vikings have won three of their last four primetime games.