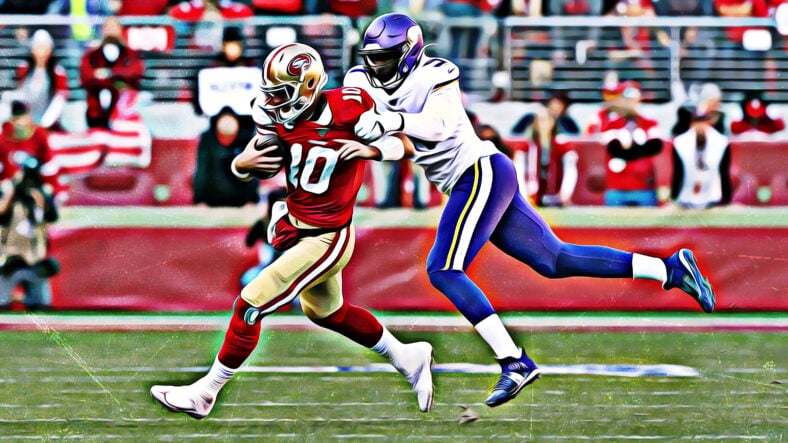 A man who played more games for the Minnesota Vikings than Percy Harvin and Rich Gannon is on the move again.

He’s Stephen Weatherly, an EDGE rusher drafted by former general manager Rick Spielman in Round 7 of the 2016 NFL Draft.

In Cleveland, Weatherly will reunite with Browns head coach Kevin Stefanski, who held multiple titles for the Vikings during a 14-year stint with the team, including offensive coordinator.

Stefanski won the NFL Coach of the Year award in 2020, but the franchise quickly unraveled in 2021, beset by quarterback inconsistency and players who wanted out, namely Odell Beckham Jr. Cleveland finished the 2021 campaign with the same record as the Vikings, 8-9, but was considered a supreme disappointment because Stefanksi’s squad was coming off the steam of a 2020 playoff win over the Pittsburgh Steelers.

Now, Weatherly will join the Browns in [what onlookers of the squad hope is] a rebound season. Last month, the Browns traded the farm to the Houston Texans for the embattled Deshaun Watson, guaranteeing the quarterback $230 million despite numerous sexual misconduct allegations against the man still pending.

Weatherly started the 2021 season with the Vikings but was traded — it turned out to be an ill-fated, premature transaction for the Vikings — to the Denver Broncos for a low-round draft pick. Danielle Hunter was rocking and rolling, and the aforementioned Spielman dealt Weatherly to Denver for unknown reasons.

Although Weatherly isn’t terribly dynamic, he would’ve received some run in the Vikings defense if not shipped to Colorado last autumn.

Weatherly will compete for playing time in Cleveland, as Stefanki’s defense already employs Myles Garrett and Chase Winovich on the edges. But just like his Broncos tenure, the Vanderbilt alumnus will be utilized as a situational pass rusher, perhaps playing around 30%-50% of defensive snaps.

With his transition to Cleveland, Weatherly, 28, has played for four NFL teams — the Vikings, Panthers, Broncos, and Browns.