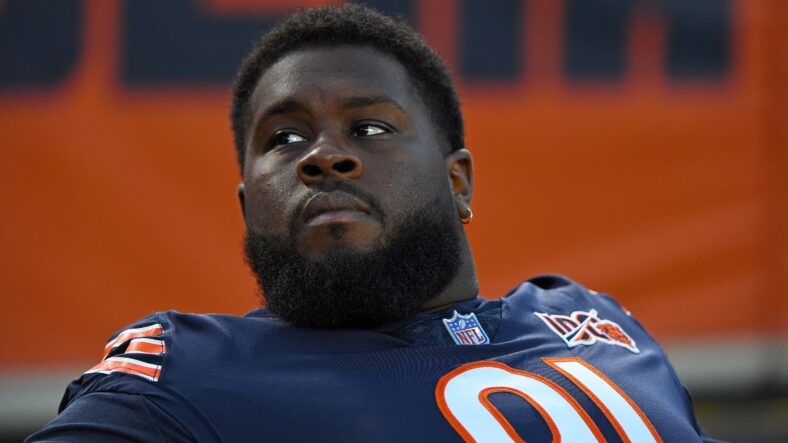 The mass exodus of Chicago Bears players continues in 2022 as free-agent nose tackle Eddie Goldman reportedly signed with the Atlanta Falcons on Wednesday.

Goldman joins a Falcons team slated to win about 4.5 games in 2022, the fewest in the NFL, along with the Houston Texans. Atlanta had a roster need at nose tackle, and barring injury, Goldman will become the instant starter in the Falcons defensive trenches.

Drafted in the 2nd Round of the 2015 NFL Draft, Goldman has produced an impressive career to date, although he experienced a down year in 2021. Overall, he’s tallied 175 total tackles, 21 quarterback hits, 13 sacks, and one safety in six seasons.

Here’s the Pro Football Focus resume for the 28-year-old:

The agreement for Goldman and Atlanta is for one year, although the financial terms were not immediately disclosed.