Dream Scenario Plays Out for Vikings in NFL.com Mock Draft 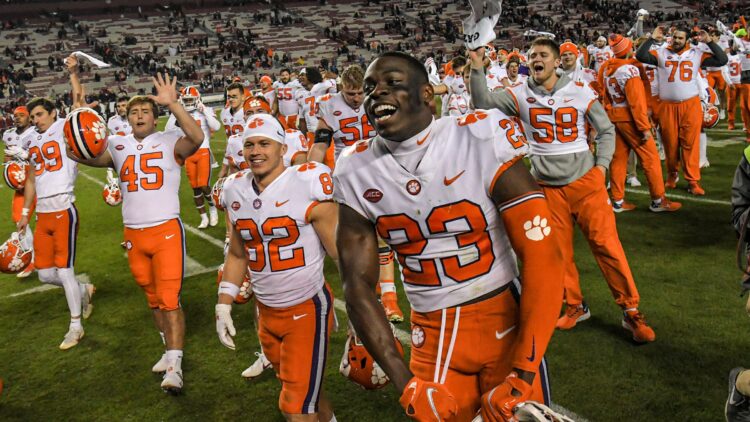 A dream scenario plays out for the Vikings in a 7 round mock draft by Chad Reuter of NFL.com. He conducted a full 32-team 7-round mock draft you can see by clicking here.

Of course, it is the Minnesota Vikings that piques interest. His selections for the Vikings and the trade that precedes them all make for very interesting reading.

It starts with a big trade. The Pittsburgh Steelers make the call for the 12th overall pick, jumping above other QB-needy teams like the Texans and Saints for Matt Corrall. They give the Vikings the 20th overall pick, as well as a 2023 first and a 2023 fourth. Next year could be the year the Vikings look for the quarterback of the future. So, adding to the 2023 draft capital makes sense.

At 20, the Vikings land cornerback Andrew Booth Jr., first on the list of my alternative picks should the Vikings trade back. This is the perfect scenario. I’m a fan of Booth and believe he can be a top cornerback. Inability to showcase his skillset during the pre-draft process due to nagging injuries seems to have lowered his draft stock. Adding another first-round pick and getting someone this promising at cornerback would be great, but it gets even better.

In the second round, the Vikings get safety Lewis Cine at pick 46 — another player I picked out as an alternative first-round pick, and for me, Cine is very much a first-round talent. It would surprise me if he were still on the board at 46, but you never know, especially with a position like safety which isn’t valued as highly as others. The depth in the secondary gets an enormous boost with the additions of Booth and Cine.

It’s a tight end in the third round, with the selection of Jelani Woods. A Tyler Conklin replacement is likely on the mind of the Vikings coaching staff. I also like Chigoziem Okonkwo, who goes six picks later to the Philadelphia Eagles. Both offer the big physical receiving presence that I believe the Vikings need to add to the roster as a former quarterback prospect turned tight end. Woods is fairly inexperienced at the position, especially when it comes to route running.

The Vikings then have to wait until round 5, where it’s Edge defender Jesse Luketa at pick 156, a pick that would add depth to the outside linebacker position. The Vikings have three picks in the sixth round — a little reminder of the Rick Spielman era. First up is wide receiver Romeo Doubs at pick 184. A dynamic player with explosive speed — certainly another interesting weapon to add to the Vikings roster.

Next comes two picks in a row with linebacker Jack Sanborn and center Dohnovan West at picks 191 and 192. Sanborn is a middle linebacker, while West would add another body to the interior offensive lineman battle. Potentially a player who can be developed to take over from Garrett Bradbury at center, West can also play either of the guard positions.

Finally, we have a tackle in the seventh round at pick 250 with Jean Delance. With the starting tackle spots nailed on and only really Blake Brandel and Oli Udoh in reserve. A seventh-rounder on potential backup at tackle seems reasonable enough.