Did You Know? You Can Play an NFL Edition of Wordle. 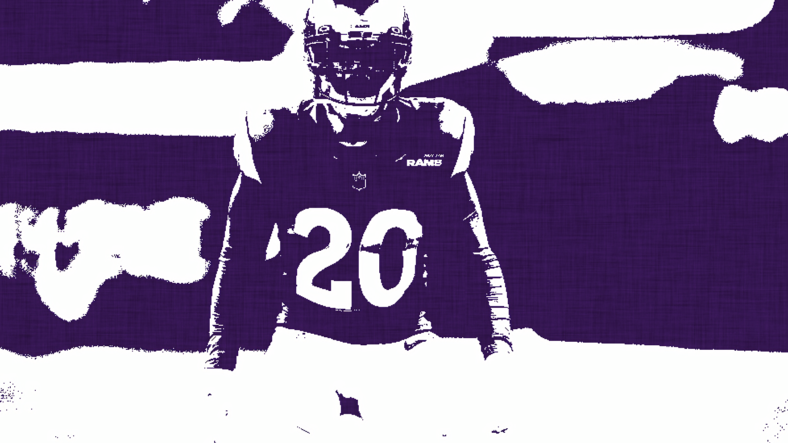 THE NFL EDITION OF WORDLE

Los Angeles Rams safety Eric Weddle exited retirement a few months ago, living every athlete’s dream by joining a team for a playoff run and ultimately winning a Super Bowl.

Around the same time, the internet game Wordle was skyrocketing in popularity, attracting users worldwide to guess a daily word in “Scrabble” format using other words through a process of elimination.

You can try the NFL edition of Wordle here.

You start the game by guessing a current NFL player and, like Wordle‘s process of elimination, have multiple chances to win. Overall, you can guess eight times before striking out for the day.

For example, if you guess Dalvin Cook, Weddle will tell you with a color-scheme system if the guess is the correct NFL team, division, player position, height, weight, and age.

Green indicates the player is in the correct division. Yellow affirms you’re in the right conference as the player’s team — or within a sum of two numerically for the other criterion.

Like Wordle, the game resets daily, so the user gets a new player at midnight.

And if you cannot get enough, the site also offers a partner game where one can play unlimited, not needing to wait for the daily reset. That version is available here.

Weddle was created by two high school students in a biology class, according to ESPN. Because they are minors, no names are attributable to the game’s creation.

One final time, you can play the daily version of Weddle here.