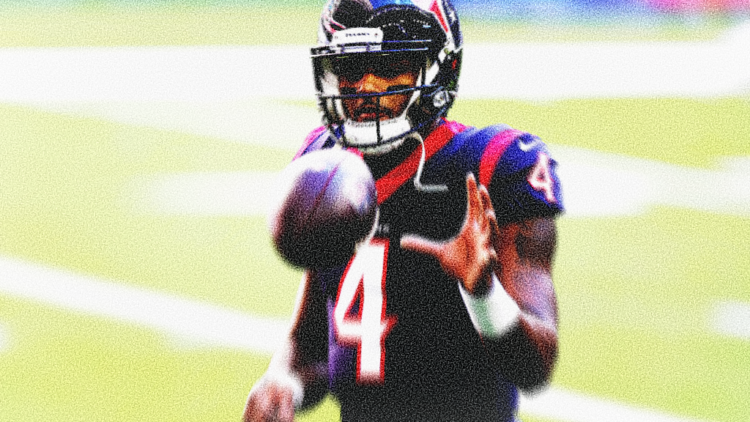 Not only will your offseason be beset by Kirk Cousins trade rumors, another signal-caller is a part of the Minnesota Vikings rumor mill.

His name is Deshaun Watson, and he’s dynamic, expensive, and embattled. The Houston Texans quarterback didn’t play in 2021, accused of sexual misconduct by 20+ massage therapists via civil court proceedings. The NFL did not officially suspend Watson, nor did the Texans put him on the field. Limbo was his official status.

And he didn’t play for Houston this season because he was unhappy with the franchise. Before the sexual impropriety stuff arose last offseason, Watson made it clear he wanted out of Houston. Couple that request with his legal woes and the NFL’s indecision on his availability, and Watson took a year off.

Before the 2021 in-season trade deadline, the Miami Dolphins inquired about his trade stock but opted to relent, presumably because of his legal uncertainty.

Well, Watson’s civil court matters could be resolved soon. And if he somehow escapes scot-free, some NFL team will trade for the man. NFL analyst Jordan Schultz believes the Vikings will be a quiet suitor for the 26-year-old.

As that rumor predictably hits the Vikings orbit – it was always going to happen; it was just a matter of time – a new general manager will evaluate Kirk Cousins’ contract in the coming weeks. Cousins is scheduled to carry over a 2022 cap hit of $45 million because his cap number in 2020 was tiny by comparison, $21 million. So, now is the time to pay for that “discount” during the 2020 season.

Cousins, although a productive passer, isn’t worth $45 million – and that sends Vikings fans’ brains into speculative territory. Should the team extend Cousins by a couple of years with the new head coach or trade him once and for all, embarking on a Teddy Bridgewater or Christian Ponder-like era by drafting the man of the future? Decisions, decisions. The new general manager – probably Ryan Poles or Kwesi Adofo-Mensah – will likely make that determination by the 2022 NFL Draft.

Watson – when not bogged down in controversy – is marvelous on the field. Since entering the league in 2017, Watson ranks third among all quarterbacks in EPA/play, just below Patrick Mahomes and Drew Brees. Cousins ranks 16th in the same metric. If the rumors come to fruition and Watson joins Minnesota, the Vikings would showcase a Top 3 or Top 5 passer leaguewide.

However, the Vikings would trade one humongous contract for another. The chief criticism of Cousins is his contract “sucking up all the cap,” and Watson would do the exact same thing. Cousins earns $33 million per year on average. Watson makes $39 million per season.

What’s more, it is unclear if Vikings brass wants anything to do with a man carrying such baggage. A leap of faith would be mandatory on Watson’s legal settlement and personal character. To date, Zygi and Mark Wilf usually shy away from suspect personalities.

Rumors won’t be deterred, though. Until the Vikings draft a young quarterback or Watson is traded elsewhere, whispers like Jordan Schultz’s will continue.