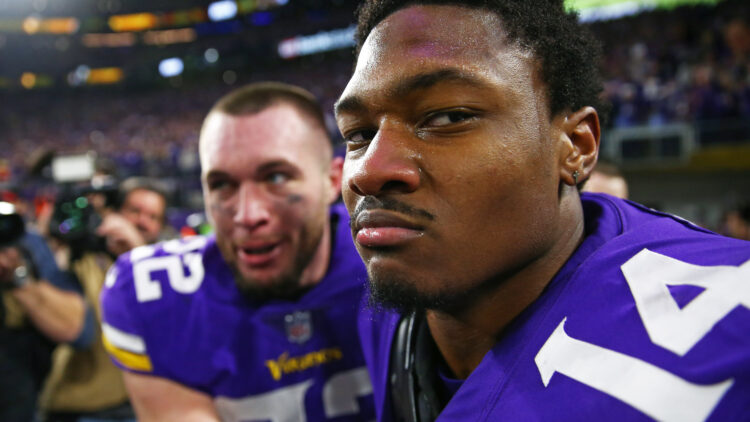 This NFL offseason has been full of big moves. We are witnessing a season where teams are trading away more draft capital than ever before. Maybe the most big-time deals ever to occur in a single offseason as multiple high-profile players have been traded for multiple draft picks.

However, Diggs is not wrong. Recency bias plays a factor in how fans perceive the offseason. However, I cannot recall witnessing this many high-profile players being traded in a single year. To date, trades have included nine players with a combined 39 Pro Bowl selections.

Some of these trades legitimately altered the outcome of NFL divisions. For example, the AFC West will be an absolute powerhouse of a division, and the Chiefs will struggle to maintain their reign of supremacy. Now, the Broncos have a quarterback, the Chargers reloaded on defense, the Raiders added Davante Adams, and the Chiefs lost Tyreek Hill.

Although this offseason has been a crazy one to remember, it might not be done yet.

Is Diggs Going to be Number 10?

Most Vikings fans recall the end of the Diggs era in Minnesota. Towards the end of Digg’s time with the Vikings, he posted several cryptic tweets. The most infamous: “Time for a new beginning.”

Sometimes we put too much emphasis on what a player is doing on social media, but other times they are telling us the truth.

When Za’Darius Smith rumors of him becoming a Viking began, it was because of two “eyeball” emoji tweets. He tweeted this one immediately upon news breaking that his former coach Mike Smith was joining the Vikings coaching staff.

In other words, the players are well aware that whatever they tweet will be interpreted by fans and media to mean certain things. That old saying comes into play: “where there is smoke, there is fire.”

What does he mean by this tweet? It’s easy to jump to conclusions that Diggs is going to be traded based on Vikings fans’ past experience. However, that is not as crazy as it might seem.

Currently, the Buffalo Bills are over the cap by $50,000, according to OvertheCap. Although, contracts have not been updated to reflect their most recent moves. Nonetheless, Diggs carries a cap number of $18 million in 2022, and the Bills need cap room to continue making moves.

While it has been a crazy offseason, it might not be over yet. The Bills are watching the blockbuster trades occurring around the NFL. I am sure they would be open to trading Diggs in exchange for a haul of picks like the Packers and Chiefs received for Davante Adams and Tyreek Hill.