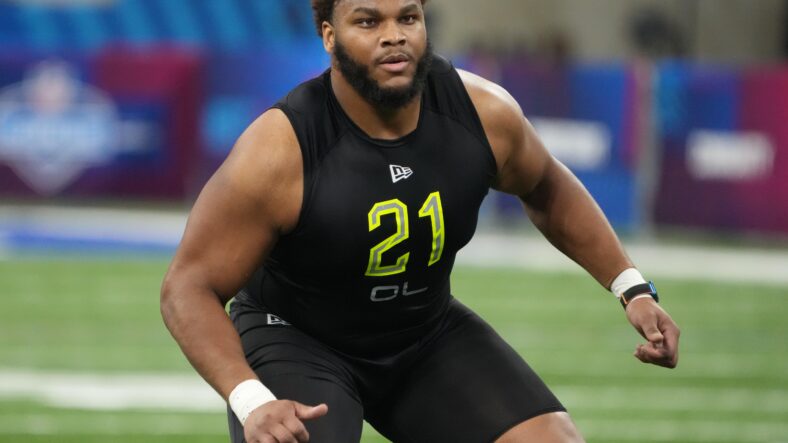 The NFL Draft feels like it happened a month ago. But it ended one week ago, and we are still unpacking the Vikings 2022 Draft Class. The Vikings had one highly controversial draft selection, which is the top guy for the starting right guard job.

The Vikings selected Ed Ingram with the 59th overall pick. This selection surprised everyone, except for the Vikings staff. By all accounts, this pick was a reach. PFF had him listed as a 4th round pick, but apparently, the Vikings were much higher on him.

However, there is a serious issue with Ed Ingram.

Ingram, then 16 years old, was arrested in 2018 on sexual assault charges. For obvious reasons, this sparked a conversation amongst the public.

This is one of those things that is impossible to look passed. However, fans have no choice but to face the conversation surrounding Ingram. After all, he is on the team, and he has a real chance of being the starting right guard.

Many others have addressed this topic, so we won’t rehash it here. The question I ask the reader is, how long do you hold things against people? At what point to stop and ask, has this person changed? Or do we punish them forever and never allow them to move forward with life?

I cannot answer this question for anyone. However, fans of the Minnesota Vikings, at some point, need to look at how Ed Ingram will impact the team. That impact is likely as the starting right guard in 2022.

Ed Ingram Is Likely to Get Starting Job

Disregarding all of the off-field issues, Ed Ingram is the leading candidate for the right guard position. If you are a fan of the Vikings and have been wanting a guard, you found him. Ingram is violent in the trenches.

There are a couple of things that stand out when watching Ingram play.

However, he also has some issues. One of those that could impact his potential is he is just ‘ok’ at pulling in the running game. He will need to improve here if he is going to be successful in a zone running system.

Ingram changes all of that. Of course, he still needs to prove he can be the starter. After all, the Vikings have eight guards on the roster right now, and Ezra Cleveland is all but a lock to be the starting left guard.