Alas, You Can Still Trust Kwesi. 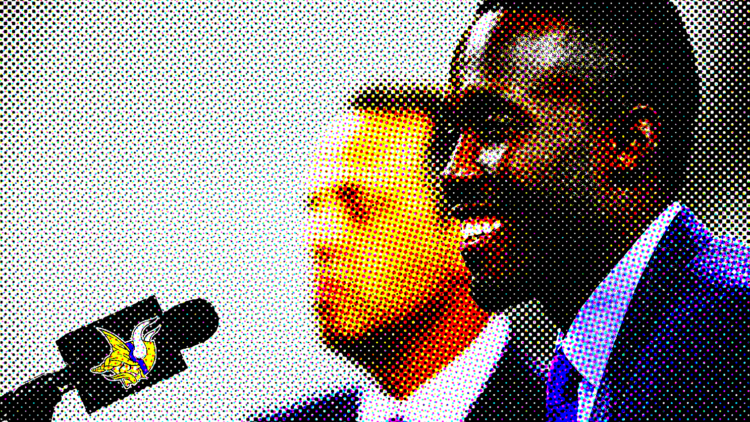 The unanimous Kwesi Adofo-Mensah honeymoon is officially over.

Shockingly, all it took was one offseason move — Kirk Cousins one-year extension. If you have any presence on Twitter, you would probably say that the reaction is, well, mixed. Some say it’s a commitment to mediocrity or just simply the safest bet. That bet is too safe for seemingly most.

Many fans believed a new general management team would think similar to them, which means a total burn it down type mentality. Such a teardown would take guts and a willingness to take an unmitigated risk on the future of the QB position — one that the Vikings have faced for countless years leading up to the signing of Kirk Cousins. That being said, judgment on the Viking’s new GM needs to be reeled back.

A Need for Patience

Almost two months since his hire, Kwesi Adofo-Mensah has been busy. He has been taking the time to evaluate the team’s ins and outs, contracts, and more. I prefer the general manager who takes the time to think about these critical pros and cons rather than one who throws ideas at the board and hopes they stick.

Unsurprisingly, it appears the “blank canvas” argument was not enough to sway a man whose background is in analytics rather than blissful ignorance. Also, let’s take the time to talk about how only in sports media is it okay to say you don’t have a plan and think that it’s an acceptable idea. Imagine your boss asks you how to drive sales numbers up, and your response is, “fire the best sales guy in years for your company and start fresh.” You’d probably be fired yourself because it’s apparent you don’t have any good ideas.

This deal was the best-case scenario for the Vikings. It gives the team salary cap room, as well as allowing fans to see Kirk Cousins with a coach who actually likes and supports him with solid scheming, along with an interior o-line that doesn’t have more holes in it than swiss cheese.

This brings us to the following Vikings conundrum, the interior offensive line. As of 2 PM of March 14th, two of the best guards have been scooped up by other teams, and the best center has returned to the arms of Tom Brady. So, does this mean Adofo-Mensah will target these crucial pieces in the draft? Perhaps. However, that means other needs such as CB and pass rushers will need to be addressed in free agency in the coming hours and days.

Like everyone else, would I have hoped for things to move slightly quicker than they have. Of course. Regardless, Kwesi has shown his intelligence at every step of his NFL career and through his press conferences. Onlookers of the Vikings need to give him a real chance to do this his way, and I genuinely believe results will follow.