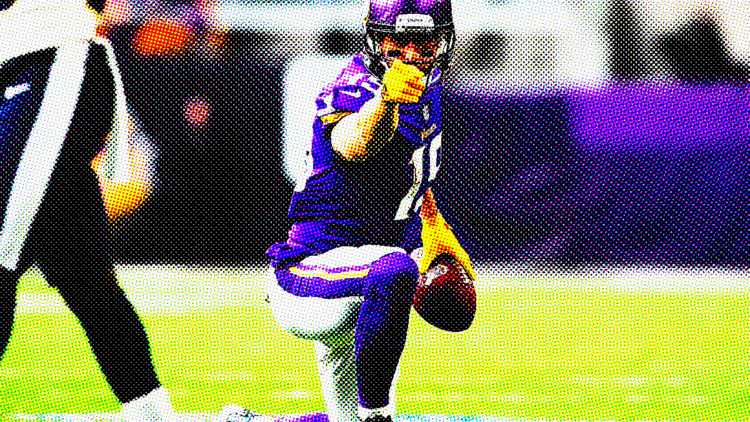 The Minnesota Vikings should brandish a new head coach in a week or two after dismissing Mike Zimmer. Zimmer’s Vikings were relatively successful but never got over the top.

Left up to wide receiver Adam Thielen, one coach on the Vikings “current” staff better stay put. And that is Keenan McCardell, who coached wide receivers in 2021.

In a podcast this weekend, Thielen said about McCardell, “I’m hoping coach McCardell stays around. He really made me a better football player this year. I’m standing on the table for him.”

On the podcast, Thielen quite literally pounded the table for his coach, hoping for a 2022 sequel from McCardell. Typically when a new head coach joins a staff, most of the existing characters are cleared out, paving the way for a brand new bunch of coordinators.

However, the Vikings employ some good coaches who made a profound difference in 2021 and beyond. McCardell, per Thielen, is adored. Thielen’s endorsement should carry weight. The co-defensive coordinator, Andre Patterson, is a documented EDGE rusher whisperer, developing men like Everson Griffen and Danielle Hunter. The next skipper would be best served to retain Patterson based on his drive for results. Too, the special teams coordinator Ryan Ficken transformed a nauseating Vikings special teams unit from 2020 into a respectable group.

On the other hand, the sons of former Vikings coaches, Klint Kubiak and Adam Zimmer, did not achieve much success as of late, and the working theory is neither will be retained. Or if they are, Vikings fans will be melancholy and mad.

McCardell helped unleash Justin Jefferson’s high-octane sophomore season when a few folks around the NFL surmised Jefferson could slump. He did not. Jefferson tabulated the most receiving yards in NFL history through a player’s first two seasons, ensuring his name is etched in Top 5 WR conversations as early as now. Additionally, for the first time in about a decade, a WR3 emerged in K.J. Osborn. Minnesota notoriously preached top-heaviness at wide receiver, allotting targets to Adam Thielen and Stefon Diggs-only or Thielen and Jefferson-only before 2021. Then, Osborn came along, hauling in 655 receiving yards and seven touchdowns. McCardell likely had something to do with that overdue accomplishment.

According to Thielen, McCardell should stay in the North Star State. The request is reasonable, considering McCardell’s progress with Jefferson, Osborn, and Thielen.

If he remains the wide receivers coach, maybe he can unlock Ihmir Smith-Marsette next.