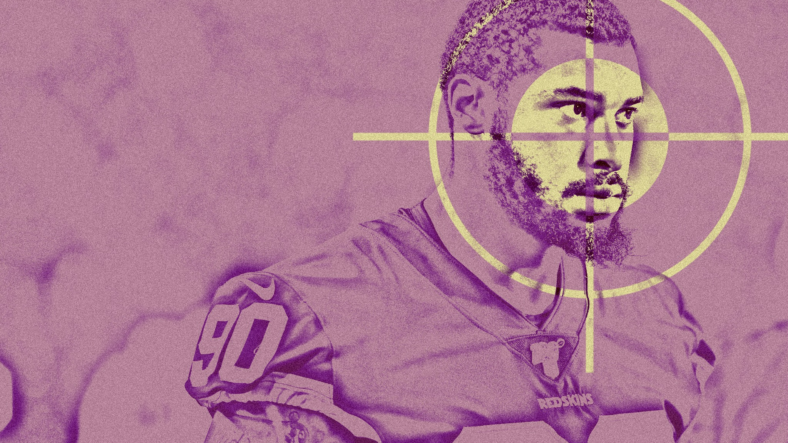 With or without Danielle Hunter on the team this September, the Minnesota Vikings need pass rushers in free agency or the NFL draft.

Hunter will likely return, but after that on the roster, the depth chart includes D.J. Wonnum, Patrick Jones II, Janarius Robinson, and Kenny Willekes. Wonnum could take the next maturation leap, yet merely hoping he’s a wise choice as a starter in 2022 leaves a lot to chance. As for Jones II, Robinson, Willekes, those men are developmental maybes.

If the Vikings want to improve on defense — that should be the goal, especially with brand new leadership in town — they need an EDGE rusher in free agency or the draft. Players like Von Miller, Chandler Jones, and Jadeveon Clowney will be available in free agency at a handsome price tag. Or, if Minnesota doesn’t draft a cornerback with its 12th overall pick, a rookie such as David Ojabo could be drafted in Round 1 and start for the Vikings right away.

Otherwise, new general manager Kwesi Adofo-Mensah could trade for a pass rusher. And in articles like these, Montez Sweat from the Washington Commanders might be on the docket.

Sweat was drafted with the 26th overall pick in the 2019 NFL Draft, eventually pairing with Chase Young in Washington. Here’s his Pro Football Focus resume to date:

He missed seven games due to injury in 2021, but his 2020 campaign was quite wonderful. In his three-year career, Sweat has tallied 119 total tackles, 21 sacks, seven forced fumbles, an interception, and a touchdown. And at 25 years old, Sweat is just getting started.

Why trade for Sweat? Well, he’s a guaranteed commodity. If the Vikings do not plan on drafting a pass rusher in the 1st or 2nd Round of April’s draft, trading for Sweat would assure the edges of Ed Donatell’s defensive line are in good shape with the Mississippi State alumnus and Danielle Hunter. The Vikings will run a 3-4 defense for only the second time in 62 seasons, and pass rushers will be needed. Right now, it’s basically Hunter and a lot of hope.

It is unclear why Sweat would be on the trade block. He’ll be on the fourth year of a five-year rookie contract in 2022, seeking to cash in soon after his contract expires in 2023. Plus, players on rookie deals generally get paid before the contract’s expiration. Perhaps Washington hasn’t seen enough to invest long-term.

However, if Sweat is indeed a tradeable asset for Washington, the Vikings could probably lure him away from the Commanders for a 3rd-Round pick and 5th-Round pick. Washington might ask for more, but that is speculative.

So, one would need to determine if Sweat is worth a 3rd and 5th-Rounder. Probably — he’s trending in a positive direction, and a franchise knows what it’s getting with his services.

Overall, Sweat is a lesser risk than Minnesota selecting an EDGE rusher from the 3rd or 5th Round and banking on the guy’s development.

If Sweat is available — and Washington doesn’t demand a humongous sum of draft capital — it would be wise for the Vikings to explore.