8 Years Ago Today, the Vikings Plotted a Path That Didn’t Quite Work Out. 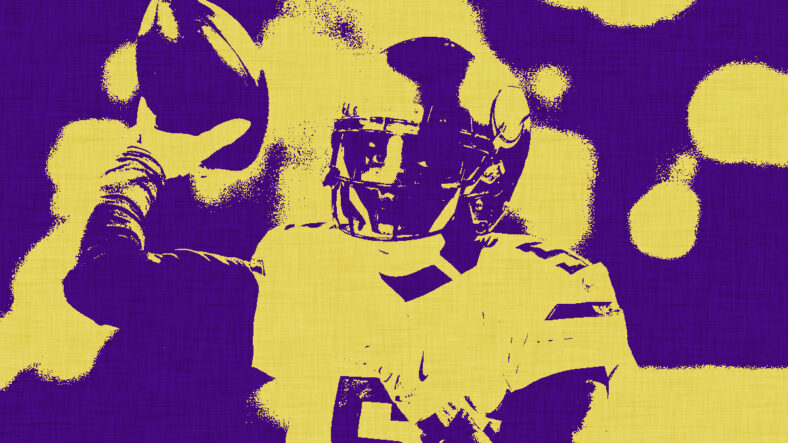 Eight years ago, on May 8th, 2014, head coach Mike Zimmer partook in the first NFL draft of his Minnesota Vikings tenure.

He used the event to select linebacker Anthony Barr, a man who remained on Minnesota’s roster through the end of the 2021 season. Barr is currently a free agent.

While Barr was a significant contributor to the vaunted Zimmer defense, the marquee headline that night was the selection of quarterback Teddy Bridgewater. A passer from Lousiville — who encountered a topsy-turvy draft leadup process — Bridgewater was tapped as the Vikings franchise quarterback of the future. You know, the same type of player some fans crave now, chiefly the ones disenchanted with Kirk Cousins.

To start the 2014 season, Matt Cassel was the incumbent QB1, acting as a proverbial “patchover” option until Bridgewater was ready to lead. Cassel was beset by injury in a Week 4 contest at the New Orleans Saints, whisking the 21-year-old Louisville alumnus into action.

Bridgewater would start 28 games for the franchise — so, about two seasons — leading Minnesota to a 17-11 (.607) record. His style was unique, never stuffing statsheets with robust output but possessing a calm demeanor necessary to win ballgames. To date, in eight seasons, Bridgewater has thrown over 15 passing touchdowns in a single season just once — last year with the Denver Broncos.

But he did provide hope for the Vikings. Fans relished his youth, composure, and upside. Most surmised his teensy stat totals would spike with maturity.

All of that was undone in the summer of 2016. Minnesota was snakebitten by a Blair Walsh missed field goal seven months prior, but generally speaking, Zimmer’s new Vikings were ahead of schedule for playoff contention.

The injury to Bridgwater was one of the most impactful events ever in shaping Vikings history.

His ACL tear was devastating — both physically for Bridgewater and practically for the depth chart — causing former general manager Rick Spielman to trade a 1st-Round pick to the Philadelphia Eagles for veteran passer Sam Bradford.

Bradford played 17 games in purple clothes and later vamoosed, like Bridgewater, due to injury.

Ultimately, the Bridgewater injury thrust the Vikings into Bradford for an expensive (via draft capital) experiment, Case Keenum, and later Kirk Cousins.

The discussion of “what if Bridgewater never shattered his knee” is one of the most fascinating in Minnesota sports lore, a debate persistent to this day. Ted Heads still exist. However, after venturing to five other teams after his Vikings career, Bridgewater was unlikely to take Minnesota to Promised Land in retrospect. If he was “that good,” he would’ve landed with the Carolina Panthers, as he did in 2020, and never relinquished the job.

He was the Vikings savior-laded plan, though. And eight years ago today, Vikings fans thought the longstanding quarterback hopscotch was over. In reality, Bridgewater was just another chalked square on the pavement.