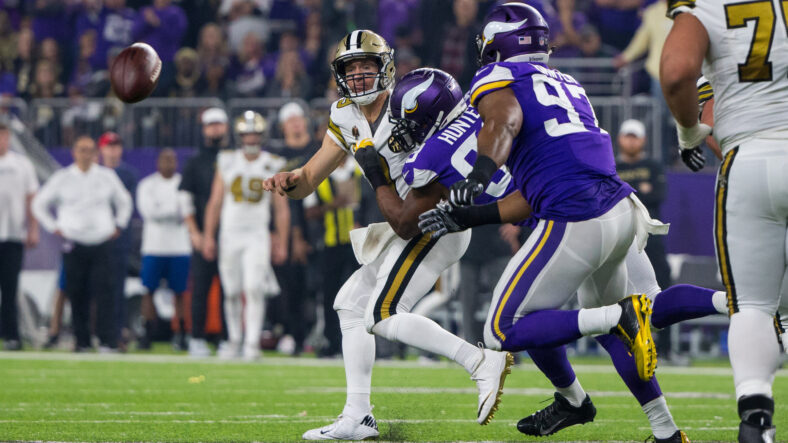 The Minnesota Vikings and New Orleans Saints face off Sunday in London. As Joey Tribbiani once said, “London Baby!”

This is a very winnable game for Minnesota, especially if Jameis Winston and Michael Thomas are out. The following week, they return home to face the Chicago Bears. The possibility of starting 4-1 would be huge.

One of their most recent wins against them came in week one of the 2017 season at U.S. Bank Stadium on a Monday night. Vikings won 29-19.

“When I’ve got time to sit back there and kind of evaluate things, I’ve got all the confidence in the world that our guys outside are going to win,” Bradford said.

On defense, Trae Waynes tied for a game-high with 11 tackles.

Another former Vikings great made his return to Minnesota. Randy Moss was inducted into the team’s Ring of Honor at halftime while also working the game as an analyst for ESPN.

Both teams squared off again in the divisional round of the playoffs. Minnesota won in miracle fashion, 29-24. One of the craziest endings in NFL history.

After the week one game, Bradford only played in one more game the rest of the season due to a knee injury. Could the Vikings have won the Super Bowl, perhaps, if Bradford stayed healthy? Possibly. We will never know for sure, but he would have given the Vikings a better shot. Case Keenum did a good job in his absence, but he was not at the same level as Bradford.