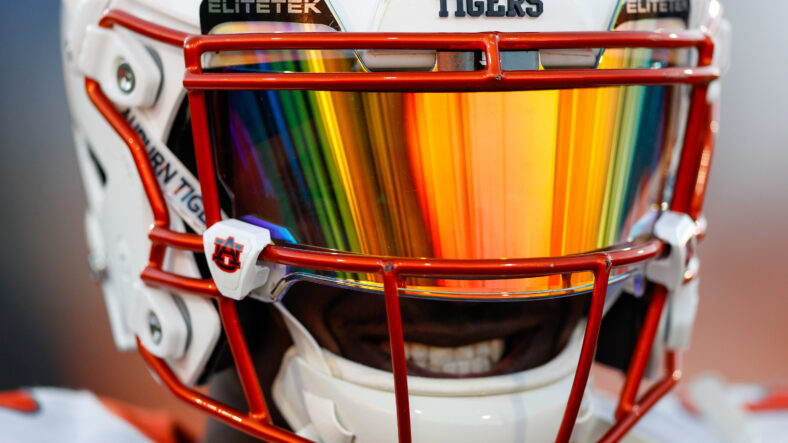 We are nearly there. The 2022 National Football League draft is just days away. So, it’s time to produce a Vikings mock draft or two.

The Vikings have eight picks across the seven rounds and with a new general manager and head coach in town. It will be interesting to see how Kwesi Adofo-Mensah and Kevin O’Connell approach their first draft.

I used The Draft Network’s mock draft simulator and didn’t perform any trades to come up with the following draft.

Unsurprisingly, Gardner, Stingley, and Hamilton are off the board, and though a trade back is possible here. With the Vikings having a cornerback in mind who would be available a bit further back, I decided that Jermaine Johnson was too good to pass up.

The Minnesota native can learn behind two of the best in the league, Danielle Hunter and Za’Darius Smith. A triple threat from the edge would be a terrifying prospect for opposing quarterbacks. Johnson is also an excellent run defender, providing the total package as an outside linebacker. Should the recent injury history of Hunter or Smith rear its ugly head again, Johnson steps in without being a significant downgrade.

After not going corner in the first round, it’s a must in the second. The Vikings would still be getting a good one in Roger McCreary, who can play outside and in the slot. That versatility will be something Ed Donatell values, giving him a player who adds immediate depth across all cornerback positions — something greatly needed for this season.

Looking ahead, McCreary has the potential to become a good starting cornerback. He has everything you need, very good reactive athleticism, short-area quickness, and an excellent wrap-up tackler. He has all the necessary skills in coverage, speed, ability to mirror receivers, and excellent closing speed while being ball hungry and wanting to make plays and get his hands on the football. He amassed 30 PBUs in the past three seasons.

The Vikings need some more pass-rush in the front three. Not only would they get that with Phidarian Mathis, but he is also an excellent run defender who is a plug-and-play starter. Finding one of those in the third round is invaluable.

He is a technician against the run, which is his bread and butter. Alongside Harrison Phillips and Dalvin Tomlinson, he would make a formidable mass of humanity for any opposing team to try and run up the middle. His athleticism and quick first step, combined with an array of pass rush moves, makes him a genuine threat in the passing game. He will get after the quarterback and talky up the sacks.

As it stands, the Vikings will be relying heavily on Irv Smith to make plays from the tight end position. Some more help is required, and while Charlie Kolar is one of the less dynamic options, at this point in the draft, he’s the best of what’s left. Getting into the fourth round for a better selection of tight ends could be on the Vikings radar. However, Kolar still has plenty to offer. Said to have had the most reliable hands in college football, he should be able to carve out a role in the NFL on the shorter routes and as a red zone threat.

The Vikings have added plenty of bodies to the roster to compete for the interior offensive line positions. However, there are still more questions than answers, and nobody you would call a top player at the position. Drafting Dohnovan West would add another player to the mix and one that can play in all three of the positions on the interior. He might not be ready for year one, but he has the potential to be a viable starter down the line.

A box safety with a reputation as a big hitter, Leon O’Neal can help the Vikings run defense, and boy does it need help. He has a lot of developing to do when it comes to coverage. If he is ever to become a starting-caliber safety. In short-yardage situations, when you expect the run, he would certainly be an asset. While having all the traits to be a key special teams player, he tries to develop his game.

For the third and final pick of the sixth round, I go with cornerback Derion Kendrick. This late in the draft, he could be a steal. He’s a raw talent who will need time to develop but has the potential to be a good outside corner in a zone coverage defense. Improvement to his technique and use of his eye. To go along with his athleticism, fluidity, and ball skills and the Vikings could have a good player on their hands in a year or two.

Finally, for the last pick, I take a flyer on a running back. Tyler Goodson has potential as a ball carrier and a pass catcher. He would be competing with AJ Rose to be the fourth running back, whether on the roster or on the practice squad ready to cover for injuries.