How Many Holes Does Hockenson Fill? 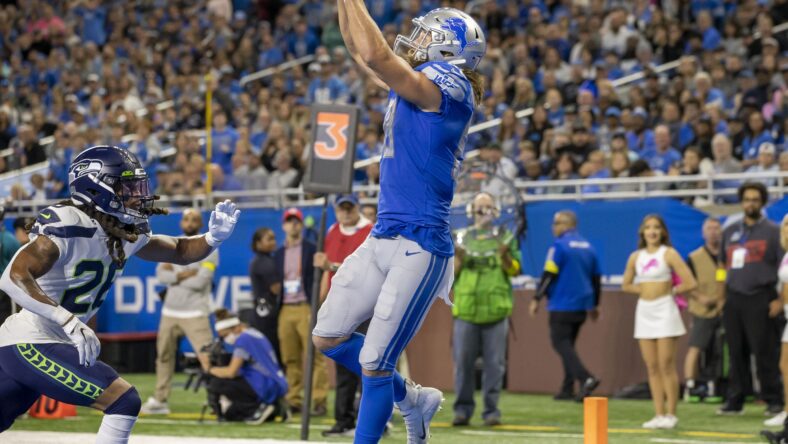 Just hours before the 2022 NFL trade deadline Kwesi Adofo-Mensah swung a big move, and again it came from within the division. Getting tight end T.J. Hockenson from the Detroit Lions is a power move for the 6-1 Vikings, but how many holes does Hockenson fill?

After Irv Smith Jr. went down, yet again, there was understandable concern for the Minnesota Vikings. Kevin O’Connell’s offense was already seeking another pass catching option, and while T.J. Hockenson does represent that, he’s not an additional with Smith Jr. going down. What Hockenson does bring to the table, however, is reliability.

There’s been plenty of seasons in which a breakout for Smith Jr. seemed to be a possibility. Unfortunately, he’s never remained on the field enough to have it ever come to fruition, and this is certainly another disappointment. Smith Jr. got a slow start to 2022 due to injury and missed all of last season as well.

In grabbing Hockenson the Vikings swung big and gave up seemingly little. Despite trading within the division yet again, a premium really wasn’t paid. Hockenson is on the final year of his rookie deal, and the fifth year option is set to kick in next season.

With Smith Jr. set to depart as a free agent, he immediately becomes the number one option both now and in 2023. The tight end position is one where the Vikings find themselves top heavy, and despite decent performances from veteran Johnny Mundt, a top tier option was necessary.

Minnesota not having to give up draft picks in exchange for Hockenson is also key. While he fills a current need, they simply traded back with the Lions in order to acquire talent. Being able to hang onto picks, there’s still the ability to find value in later rounds during both of the next two drafts.

Kirk Cousins has been looking for another weapon alongside Justin Jefferson, Adam Thielen, and Dalvin Cook in the passing game. K.J. Osborn has stepped up at times, and Smith Jr. has appeared in brief moments, but Hockenson should represent a reliable target that can be expected to be on the field week in and week out.

Ideally Minnesota would’ve liked to add a pass catcher while hanging onto Smith Jr. in the starting lineup, but there’s certainly upside to reliability. Also, while Smith Jr. is set to go on injured reserve, he could return for a playoff run, and that tandem would present matchup issues for opposing defenses. If the Vikings want to make a Super Bowl run, having additional weapons down the stretch is a must.

For now, Hockenson joins a team with the exact opposite record of the one he left, and he’ll get to experience playing for a winner the first time in his career. 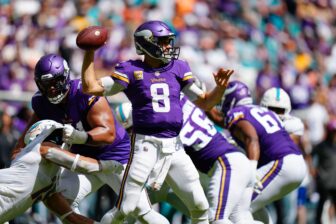 Also Read:
Per PFF, the Vikings Top 2022 Players from Best to Worst: After Week 8