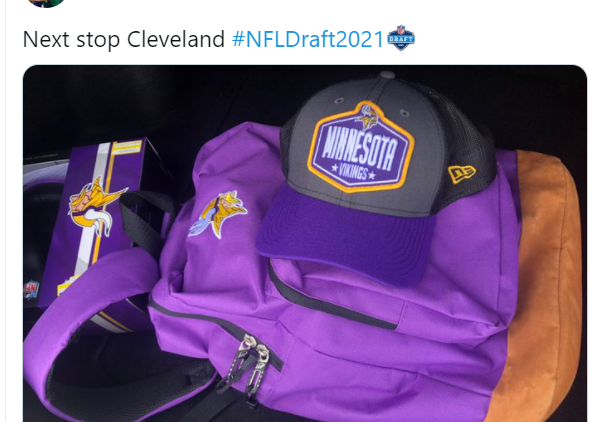 The big night is here! The entire roving Sauron-esque eye of NFL fans is fixed squarely upon Cleveland, the real world equivalent of that bog from the Lord of the Rings filled with all of those dead bodies, with the exception in this metaphor being that those bodies represent the Super Bowl hopes and dreams of every Browns fan in the city. Minnesota Vikings fans can relate to our Northern AFC Friends, with both franchises closer linked than ever courtesy of second-year Browns head coach Kevin Stefanski, and the feeling on both sides that each team may be a slam dunk Draft away from truly contending for their first championship in 2021.

Luckily for Vikings fans, our very own Senior Vikings and NFL Insider Rick Sosa is currently in Cleveland, avoiding bogs, mostly thanks to his press pass (courtesy of his role at the Máximo Avance Network and his hugely popular Purple Code Podcast).

Note: Our other NFL Insider and editor of our new NFL site www.FranchiseTagged.com, Dustin Baker is ALSO in Cleveland and will be live Tweeting from the fan-side of the event! Follow FranchiseTagged on Twitter and Facebook, and Baker on Twitter.

Make sure to refresh (or hit f5) on this page often as it will be updated throughout the night! You will also be able to watch the Rough Draft Podcast fellas (Kirby O’Connor and Josh Frey) as well as host of ‘The VikingsTerritory Breakdown’, our owner Joe Johnson, Live Stream the entire Draft starting at 6pm Central!

You will also be able to watch Sosa Live Stream aspects of the Draft on his account as well as the social media accounts for VikingsTerritory.com and purplePTSD.com! Click Here for the VikingTerritory Twitter and HERE for the purplePTSD.com Facebook!

Kwity Paye, Jalean Phillips or AVT could be the pick for Minnesota #Vikings

Mac Jones to the Patriots #NFLDraft2021