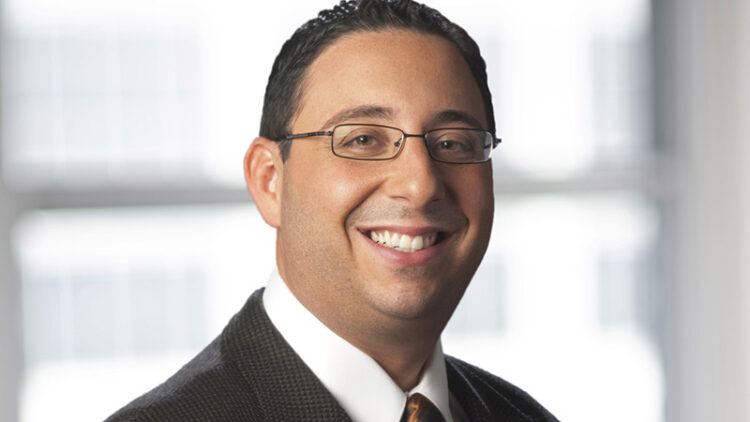 Darren Wolfson, jack-of-all-trades sports guy for KSTP and contributor for SKOR North, is one of the most trusted and locked-in sources of sports news in the Twin Cities. In order to get to know him a little better, as well as gather his thoughts on some recent Vikings matters, I went to the man himself for answers.

DW: I played baseball and basketball growing up, but lack of height and athleticism derailed any hopes of doing so beyond 9thlatergrade. With my participation in those sports, they were/are my favorites. My older son is the same, younger son loves basketball, football, and soccer. Older son plays a lot of football with his friends, but likes to focus more on baseball and hoops, figuring football is a sport, if he so chooses, that he can pick up. Being athletic and smart can translate in any athletic arena.

SB: How did you get started in journalism?

DW: I was always an avid listener of KFAN 1991-1996 and had a lot of free time my senior year at (then) Henry Sibley high school. My mom recommended that I reach out to someone there to see if I could help in any way. I connected with Eric Webster, we hit it off, and he brought me on board. So I started at KFAN while still in high school, and also did a mentorship with Joe Schmit at Ch. 5 my senior year. Small world, the mentorship teacher, had a student do a mentorship the previous year with Dave Dahl, main weather personality at the time. She reached out to Dave, who got the ball rolling with Joe, then Joe and I instantly connected. That was in the late Fall of 1996.

SB: You’ve been on the Minnesota sports scene for quite a while now. With a few years under your belt with outlets like KFAN, KSTP & SKORNORTH, what’s your most memorable or unique experience on the job as well as your favorite part of the job?

DW: It’s the totality of covering so many cool events, from Dennis Rodman kicking a cameraman in a Bulls-Wolves game and then being in Chicago’s locker room postgame, to Final Fours, the Super Bowl here, the NFC title game in New Orleans in Jan. 2010, any number of Twins clinching a playoff spot celebrations in their clubhouse, the Ryder Cup, and I could keep going.

With that experience comes getting to know so many people. I used to have a lot of long conversations about life with the late Herb Brooks. I’d call to book him as a guest on KFAN and we would end up talking for 20, 30 minutes. It was getting to sit in George Steinbrenner’s seats at old Yankee Stadium thanks to Sid Hartman, who I became close with. He once got me tickets to a USC-Notre Dame game, the legendary one in 2005, from Pete Carroll. I picked up the tickets at Will Call and it said they were left by ‘P. Carroll,” which had me laughing in tears, and grateful at the same time.

I cherished many late-night calls with the late Flip Saunders – he was a night owl and I took the late shifts with both our boys, one born in 2011, the other in 2014. I had many chats with Flip in 2014. That relationship led to a great one with Ryan Saunders. Ryan was nice enough a few months ago to come to our neighborhood and put my older son and his 3 friends through an hour of drills. It helped prepare them for a 3 on 3 tourney.

SB: Okay, let’s start by recapping the Vikings offseason… Despite facing unprecedented salary cap challenges, how do you feel the front office did?

DW: My friends in the league, and those like Joel Corry, have told me for years that Rob Brzezinski is the best cap guy around. He’s had many offers to leave over the years, but loves it here, and so does his wife. His wife is a rock star with her charitable work. So when having Rob, nothing shocks me. Now, they did swing-and-miss on guys like Carl Lawson and Trey Hendrickson. So it’s not like it was a perfect March. But getting the guys they did, I like it. Lots of 1-year deals, but hey, even if a guy has a multi-year deal, depending on the structure, it can be viewed as a 1-year deal.

SB: They very much focused on defensive additions. Any favorites among the group?

DW: My favorite is their 2020 big signee, Michael Pierce. Does he count after opting out of the 2020 season? He was dominant again today vs. Denver. He is a beast!

SB: Regarding a possible Harrison Smith extension, you said on your podcast that the Vikings made him an offer before training camp. In your opinion, are the differences between the two sides due to the overall money or the structure (backloading) of the deal?

DW: On Harrison Smith, someone from his camp and Rob Brzezinski got together in person in July. That is a sign that there’s been a solid effort to get an extension done. But yeah, hear the offer was backloaded. I sense that the two sides can eventually find a happy medium.

DW: On Brian O’Neill, no specific update from me. I’ll tell you that talks are ongoing. I’d bet more $$ on him getting done than Harry, and I feel relatively good that they’ll get Harry done!

SB: Have you heard any steam on the Vikings adding any free agents? Perhaps there’s a position or two of interest? And anything new with Everson Griffen?

DW: With Blake Proehl going down, adding another WR body wouldn’t shock me. No Everson Griffen steam. He’s ghosted me! We DM’ed a bunch a few weeks ago, he agreed to do an interview. But now he’s MIA. I’d be SHOCKED if he landed back here. They were not in at all on Justin Houston, FWIW, so not sure I see a DE addition in the next 1-2 weeks.

SB: The roster is always changing. Looking ahead, do you think there’s much impact to adding void years to a few of the player contracts this offseason?

DW: So, on the void years, presumably you’re referencing Sheldon Richardson and Dalvin Tomlinson, maybe Anthony Barr? More, my read, is because the cap will bounce back in the coming years. What will be fascinating is to see how this year plays out and how much different this roster will be in 2022 if this is a non-playoff year.

DW: On Cousins, not hard to believe that the Covid kerfuffle, even a week later, still has enough people upset. He blamed the lack of space for their meeting room! You can’t make it up! If Carson Wentz can be traded, Cousins can. But be careful what you wish for. Not like Mond is going to be fully ready next year, and Cousins is still a top 10-13 signal-caller.

SB: What about Danielle Hunter and his $18M roster bonus? What are the chances a deal is done before that triggers?

DW: Danielle Hunter looks like the old Danielle. I talked with Stephen Weatherly about that on Monday, and he said, he looks better than in 2019. He’s a guy the Vikings want long-term and I can definitely see something getting worked out.

Thanks for the time Doogie! You can find Darren Wolfson on Twitter at @DWolfsonKSTP and his podcast, the Scoop, on SkorNorth.com