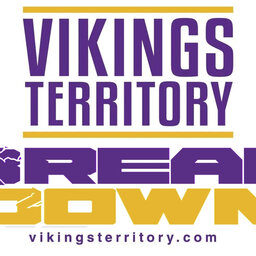 The Minnesota Vikings lost at home to Kevin Stefanski and the Cleveland Browns on Sunday and the VT Breakdown podcasters are here to dissect the festering carcass. The Vikings may not be done yet at the near-quarter pole of the 2021 season, but it sure smells like (you know, that festering carcass thing), but Joe Oberle and Mark Craig from the Star Tribune are on hand to tell us just where they are and where they need to go.

Here are a few of the topics we discussed—let us know what you think.

The offensive line: Kirk Cousins had no time all day long. Is it time to get Darisaw in there and see what he can do?

Cousins with his first pick of the year, but that wasn’t his worst pass. He reverted to sensing pressure and missing open receivers and checking down. This will never change when he is under pressure.

The Vikings rushing defense was not very good. Pierce was injured but they supposedly have depth there. I know Browns are a good rushing team, but aren’t the Vikings supposed to be better at defending it—especially at home?

Going for it on 4th downs  A good call on offense for the Vikings and on defense—Griff sacked the Browns. Was it the right call for Stefanski?

But then, perhaps, Zim got greedy and missed on 4th and six and turned the momentum of the game. Was that the right call? What was he trying to do against such a good defense?

For the Browns, their defense is for real.  Is Baker Mayfield keeping them from taking the next step or was this just a bad game?

35 to 25 in TOP Looked like Stefanski was out-Zimming Zimmer with the ball control/tough defense game plan. Cleveland has some horses that the Vikings don’t for that, right? Browns OC Joe Woods’ scheme basically beat the Vikings offense?

The Vikings got good play from their special teams, but that is just not a bright spot that will win you many games. Except, perhaps, for that fourth timeout.

The calls for Zimmer’s head are getting even louder. Where are we at that front? Is it a thing or is safe until further implosion?

Before we look at the Lions, we take one more look back at the Browns, specifically their head coach Kevin Stefanski. Mark wrote an exhaustive piece on the subject for Sunday morning and it got quite a reaction. Some things to consider:

What surprised you in your reporting?

You talked to Norv Turner and he didn’t want to talk about the divorce. Any light you can shed there?

Kevin praised working with Zim. Was it genuine or him just being politically correct?

Zim has had his share of coordinators in Minnesota (so has Cousins)—how has that affected the offense and this team?

Is Zim hard to please?

We were beginning to think Kubiak was the real deal? Does that change? So, then, how soon before he is gone?

On to the Lions—

First year head coach and first year with a new QB in Jared Goff. What do you see from the Lions so far?

The Lions got their clocked cleaned by the Bears. So they got a ways to go—but that doesn’t mean much against these Vikings, right?

The Lions is a must win. The Vikings opened at 8.5 favorites. If the Vikings win, so what. But if they lose, it is the beginning of the end for the regime?

Segment 3–Inside the NFL

Packers getting separation from the Vikes with a win over the Steelers. Already seeming tough for the Minnesota Vikings to come back. WC is likely becoming out of the question.

–Leslie Frazier’s Bills defense has pitched two shutouts in the first four games of the season. Look out!

–Jags are o-4. Urban Meyer has already figured out how to build a team—suck for a few years. Cleveland did it, right? Should we wish the Vikes would?

Tune in for the whole podcast. Thanks for the support.