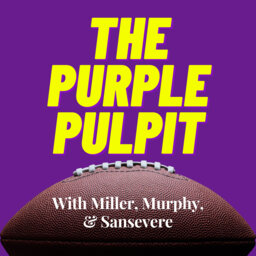 The good teams win games that the Vikings lost in Cincinnati and Arizona.

The mediocre and bad teams do what the Vikings did. Lose them.

In the latest episode of The Purple Pulpit, radio personality and comic Bryan Miller, former Pioneer Press columnist Brian Murphy, and BS Show host and former KQ Morning Show member Bob Sansevere have a lively chat about just that after the Vikings’ fell to 0-2.