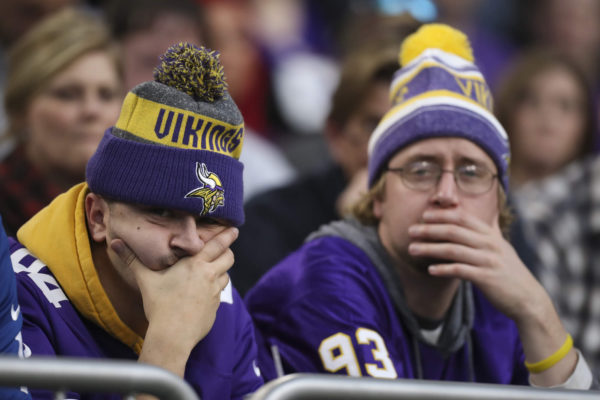 Image courtesy of First and Goal

Last week the Minnesota Vikings lost third-year tight end Irv Smith Jr for the season due to a meniscus injury. He was expected by many to have a breakout season.

They did acquire Chris Herndon from the New York Jets, and he should be a good addition, but likely will not be as good as Smith would have been. He could be better than Smith was last season though.

This injury does not derail the Vikings season, but it remains a crushing blow given how good he could have been this year. Even with a great year from Smith, the offense still could have taken a step back due to offensive line being a question mark again (right tackle especially) and Klint Kubiak being a first-year offensive coordinator. They cannot afford anymore significant injuries. Anthony Barr and Christian Darrisaw are out week one, but maybe they wont be out long. COVID-19 could also cause players to miss a game or two.

When the injury news for Smith Jr. came out, many Vikings fans, as usual, were thinking “why cant we have good things?” or “why are we cursed?” Injuries happen across the league. The Baltimore Ravens these past two weeks have been hit very hard by the injury bug. The Vikings though are no doubt one of the unluckiest teams in sports history. Yes, they have made some very bad decisions over the years, especially the infamous Herschel Walker trade, but they have also been very unlucky plenty of times too.

Drew Pearson’s push off, four Super Bowl losses, Darrin Nelson drop, Gary Anderson miss, Nate Poole hail mary catch, 12 men in the huddle, Blair Walsh miss, etc. The list goes on. Had Sam Bradford not been hurt in 2017, they may have won the Super Bowl. Dalvin Cook was also leading the league in rushing that year until he tore his ACL in week four. Still does not excuse their 38-7 loss at Philadelphia though.

When Stefon Diggs scored that game-winning touchdown against the New Orleans Saints to send the Vikings to the NFC Championship Game many fans were thinking “finally, we had some good luck on our side.” Sadly for them, the next week was absolutely brutal.

Could the Vikings get more luck eventually and finally win a Super Bowl someday? It very well could happen. When? Nobody knows, but fans of course want one very soon and who can blame them. Even the young fans have seen plenty of heartbreaks. No one of course knows why they have been so unlucky so many times. Only thing for sure is that the fans really want to see a Super Bowl win and they deserve to see that day come, especially the ones that have witnessed every single one of those heartbreaks.

Hey, the fans of the Chicago Cubs and Boston Red Sox finally go to witness their teams win along with Cleveland sports fans when the Cavaliers won five years. Maybe the Vikings time will come sometime soon too.

Yes, making good decisions is absolutely necessary to win championships, but getting some good luck helps too especially in a sport that has the most injuries and perhaps the most controversial calls.