Q & A with Josie Averitt of Couch Guy Sports 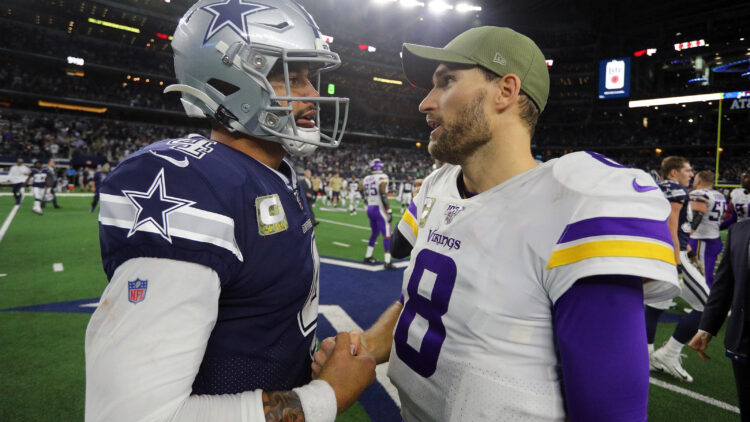 Josie Averitt of Couch Guy Sports took time to answer questions from Ali Siddiqui about this Sunday night’s matchup between the Dallas Cowboys and Minnesota Vikings at U.S. Bank Stadium.

In addition to writing for Couch Guy Sports, Averitt is fan of the Dallas Cowboys and Las Vegas Golden Knights. She also has a Master’s Degree in Education from Boise State University.

Siddiqui: Thanks a lot for your time Josie! Let’s start out with how you became a fan of the Dallas Cowboys.

Averitt: The Dallas Cowboys were a family passed down team. My grandpa grew up in the Dallas-Fort Worth area and my dad then followed suit despite growing up in Southern California. I remember growing up in Vegas, seeing my dad on the weekends watching Cowboys football, especially the Thanksgiving tradition of watching the games. I started following the Cowboys on my own in 2008 and really got into NFL football as a whole in 2014 when I started playing fantasy football.

Averitt: Jason Witten is my all-time favorite. His leadership quality and seeing him score a touchdown in person was an experience I won’t forget. As for current, I don’t have an absolute favorite, but I love seeing the success of Boise State Alums I watched play in college on the Cowboys, so I’ll say Demarcus Lawrence.

Siddiqui: After six games, the Cowboys are at 5-1. Are you surprised over how well they have played and how far do you think they could go this year?

Averitt: I am very surprised especially after last season. I was just hopeful to get to a 9-8 record, but this year I am hopeful to see a playoff game win and a record of double digit wins. I’m now predicting 12-5.

Siddiqui: Which player has performed better than you expected?

Averitt: Easily Trevon Diggs. An interception in every game he has played! He’s making plays when it matters.

Siddiqui: The Minnesota Vikings are 3-3 currently. Could have won two or three more games, but also could have lost the past two games. How do you see this game going down and what do the Cowboys need to do if they are going to win?

Averitt: Offensively the Cowboys have to continue playing the way they have. They are averaging 34.2 points (best in the league) per game scored. They have to move the ball in both the air and ground game. Both teams have a lot of offense talent. I think it’s going to comedown to which team can out score the other and which defense can get turnovers/plays where it matters.

Siddiqui: Before coming to the Vikings in 2018, Kirk Cousins played for Washington from 2012-2017. What are your impressions of him and the kind of season he has had?

Averitt: Honestly I have always liked Kirk Cousins, but I could not root for him when he was on the Washington Football team. I feel he’s getting into his rhythm with this team and has some great offense weapons like Justin Jefferson and Adam Thielen making him a good quarterback to have under center.

Siddiqui: Is there a specific Vikings-Cowboys game that comes to your mind from previous seasons?

Averitt: Nothing iconic comes straight to my head, but last year after the bye Cowboys faced the Vikings and got our third win of the season… History repeat itself with their sixth win this season after bye? Who knows?

Siddiqui: Lastly, what are your predictions for this Sunday?

Averitt: I’m expecting an offensive sling out with Kirk Cousins and Dak Prescott both having big games. Dalvin Cook and Ezekiel Elliott both having 100+ on the ground, but more importantly just like 2020 let’s put the score at 31-28. Cowboys win.