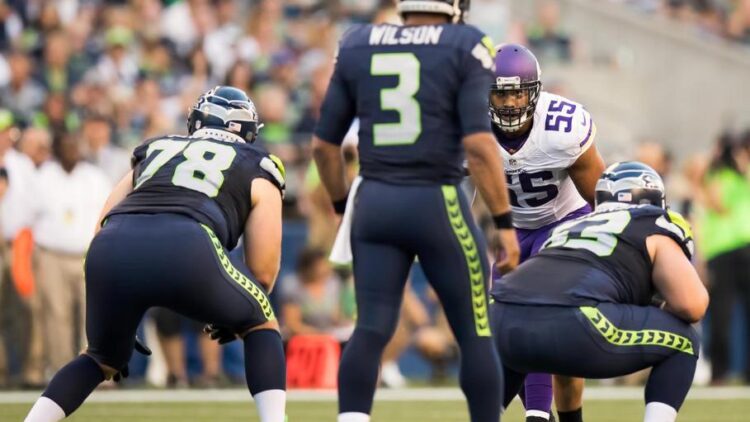 As I covered a few weeks ago, no NFL head coach has been handed more than Minnesota Vikings head coach Mike Zimmer. Some of those things he’s requested (cap spend, draft picks) and some he just had good timing for (US Bank Stadium, TCO Performance Center), but regardless of the motivation it’s safe to say that Zimmer has wanted for nothing since 2014.

Despite the maxed out cap, first-round corner after first-round corner, the new way contracts were handled for NFL QB’s starting with Kirk Cousins in 2018, the insane continuity on his dream defense, etc. Zimmer has produced a good regular season team that manages to simply get embarrassed in the playoffs every other season. Which means that the Vikings are due in 2021, despite their odds on the new casinos at goodluckmate.com or other betting sites.

Or that’s been the case back when Zimmer could paper over his mistakes each off-season by requesting more expensive free agents. Now the Vikings are still clawing their way out of salary cap obscurity and they’ve still done little to fix their biggest possible issue from year-to-year, their atrocious offensive line play. In fact? That situation is getting worse as the line went from the 27th-ranked unit in 2018 and 2019, to the 29th-ranked unit in 2020 (against the pass rush, that is).

Now that the Vikings have little cash and a lot of needs on defense, they basically went all in for one embarrassing trip to the NFC Championship game. With Zimmer still employed/emboldened though there’s zero confidence that the Vikings will learn from those embarrassments as they clearly haven’t.

That’d suck at any moment, but is particularly sucky considering that quarterbacks like Russell Wilson and DeShaun Watson might be traded this off-season an off-season that thanks to the COVID-Cap could help more wealthy squads quickly become contenders.

Wilson has a few gripes with the Seahawks but one that he repeated during the interview that started his situation in Seattle was how often he’s been sacked during his nine year career. He has been sacked more than any modern QB in that span, which makes it unsurprising that the Vikings aren’t on his short-list of teams he’d wave his no-trade clause to join.

It was also reported that equally unhappy DeShaun Watson wouldn’t waive his clause for the Vikings. Some have said that it’s because of the Vikings’ run-first offense but Aaron Rodgers just won the league MVP with the identical run-to-pass ratio that the Vikings employ (55:45).

So, not only are the Vikings wasting the remaining primes of players like Adam Thielen or Harrison Smith, but they’re also wasting the superstar play of Dalvin Cook and Justin Jefferson and the great and expensive play of Kirk Cousins.

I’m not even advocating for the Vikings to trade for Wilson or Watson, I’ve actually argued against both. But the fact that they wouldn’t want to be on an offense with the above skill position talent is a pretty huge deal.

Unless they’re getting a ton of guaranteed money or were born here, that is.

The ownership of the Vikings deserves better as they’ve invested a lot to make this one of the classiest organizations in the league. The fans deserve better. The remaining players deserve better.

They won’t get it until Zimmer is gone. It’s really that simple. Until then? We’ll be a sub-Las Vegas Raiders franchise (one of Wilson’s apparent short-list teams), which is really all I needed to say.