Why Is the Vikings-Bears Point Spread Getting Weird? 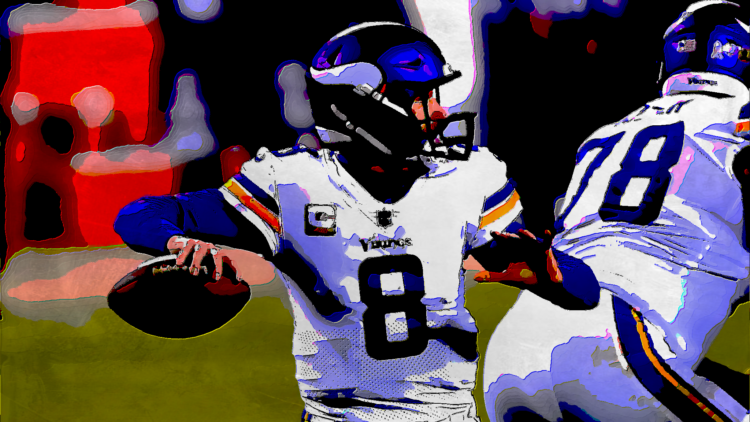 While the NFL moved three games on Friday to early next week accommodating the recent sports-wide COVID outbreak, the Minnesota Vikings contest with the Chicago Bears was untouched.

The Vikings and Bears will play on Monday Night Football late in Week 15.

When the Vegas odds opened up, Minnesota was favored by 3 or 3.5 points among most sportsbooks. That line was interesting as Minnesota routinely struggles at Soldier Field, losing 15 of the last 20 games at the Bears house. Still, oddsmakers liked the 6-7 Vikings to outlast the 4-9 Bears by a field goal or so.

That was then, and this is now.

As of Friday, the point spread doubled, favoring the Vikings by six points per most oddsmakers. Indeed, the Bears are finishing a poor season in which head coaching changes are imminent.

Ask any devout Vikings fan, though, about a near-touchdown advantage heading into Soldier Field, and you will receive giggles and grimaces. Minnesota simply isn’t very good or lucky in the state of Illinois.

Minnesota experienced a touch of COVID this week, losing players like Alexander Mattison, Dede Westbrook, Dan Chisena, Kyle Hinton, and Danielle Hunter (out for the season anyway) to the Reserve list. But the Bears were really kicked in the shorts by the virus and “regular” football injuries:

Plus, the entirety of the Bears coaching staff under Matt Nagy is in the COVID protocol. On Thursday, all game preparation was done remotely by the Bears, according to the team’s website. Nagy said:

“We want to make sure we’re smart and taking care of the guys’ bodies both physically and mentally. We will not have a single live rep. It’s all walk-through, it’s all mental.”

So, that’s the cause of the point-spread voodoo. The Bears — who aren’t very good with healthy players, sitting at 4-9 in a foundationally pivotal season — are now severely undermanned. Minnesota has six players on COVID Reserve, while Chicago has slightly double that figure.

This sets the stakes for an even more must-win situation for the Vikings — who already possessed such stakes before the COVID hubbub. Via FiveThirtyEight.com, a Vikings win in Chicago shoots the team to 42% playoff chances. A loss to the Bears smacks Mike Zimmer’s team down to 8% — better known as gridiron life support.

Minnesota is battling San Francisco, Washington, Philadelphia, New Orleans, and Atlanta for the sixth and seventh wildcard spots in the NFC playoffs. When a team like the Bears is devastated by viral happenstance and injury, the onus hits heavy on the other squad to take care of business.

The Vikings must be careful, however. Just three weeks ago, they traveled to Detroit for a date with the winless Lions, coughing away that victory after a defensive meltdown on the final drive. A redux of that folly or anything similar all but kills Minnesota’s postseason aspirations.

If Minnesota is victorious, it will be its third Monday Night Football triumph against the Bears in the last five seasons.