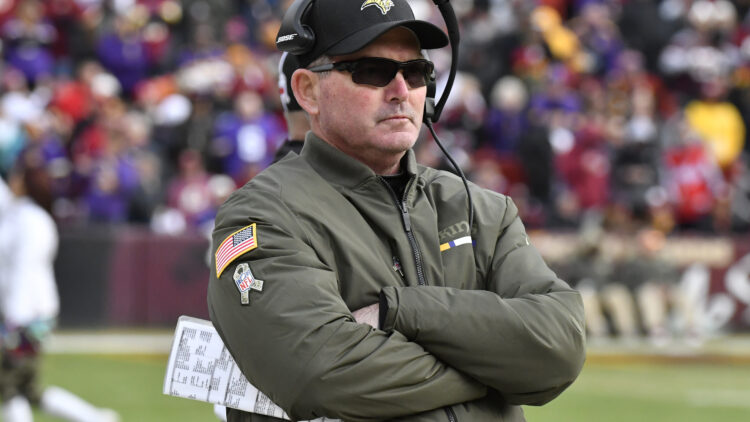 After a stinky 2020 season, the Minnesota Vikings are suddenly a deep team, on paper.

Derailment occurred during the pandemic season when the defense – piece by piece – fell apart due to injury. It started with Danielle Hunter, who was lost for the entirety of the season because of a neck injury. Then, Anthony Barr tore his pectoral muscle, missing 14.5 games. Michael Pierce didn’t get hurt, but he was absent as a result of coronavirus precaution. Former 1st-Rounder (now playing for the Kansas City Chiefs) Mike Hughes also missed oodles of time. The Vikings were down to nubbins on defense.

Head coach Mike Zimmer team’s finished 29th in the NFL for points allowed, a severe fall from grace as the team ranked fifth in the metric just one season before, 2019. Fifth-best to fourth-worst was the reason you felt nausea while watching the 2020 defense.

But general manager Rick Spielman refused to stew in misery. Beginning in March, the offseason was peppered with defensive free-agent signings – and only defensive signings – as Spielman signed a laundry list of defenders that included:

Still, the Vikings are arguably deficient in one spot on the defense – at least compared to the depth at other places. And that’s the defensive end position opposite Danielle Hunter. Bleacher Report even called it out.

Hunter will experience his first season without Everson Griffen on the team. Instead, a rotation of Stephen Weatherly, D.J. Wonnum, and Patrick Jones II will share DE duties opposite Hunter. For Brad Gagnon of Bleacher Report – and a sect of Vikings loyalists – that is concerning. It has a “skimp” feel to it. Gagnon elaborated on this “roster hole” for the Vikings in a piece that he provided a roster hole for each NFL team:

“The Minnesota Vikings will be delighted to get 26-year-old Pro Bowl pass-rusher Danielle Hunter back from a neck injury that caused him to miss the entire 2020 season. However, he hasn’t suited up since 2019, and he even missed OTAs due to a contract dispute.  Ideally, the Vikings would get Hunter as much help as possible on the edge. But the cap-strapped Minnesota front office focused on the offensive line and secondary in the offseason (for good reason). That leaves the underwhelming Stephen Weatherly as the Vikings’ top option to start at defensive end opposite Hunter while they wait for rookie third-round pick Patrick Jones II to acclimate.  Minnesota might miss Ifeadi Odenigbo, who recorded a team-high 15 quarterback hits in 2020 but left for the New York Giants in free agency. Luckily, veterans such as Justin Houston, Olivier Vernon and Trent Murphy remain on the market if the Vikings realize Weatherly won’t cut it.”

It’s weirdly the one position on the depth chart – other than WR3 (but that’s every year) – that the Vikings have remained quiet. In all likelihood, the team has faith in Weatherly, who filled in admirably at times for Everson Griffen pre-2020.

Weatherly’s success, though, is dependent on Hunter returning to form – right away. If Hunter takes time to ease back into his herculean skillset, well, Weatherly might encounter a slow start to the season. He can probably be pretty effective if Hunter is hogging the pass-blocking attention, but it is undetermined when Hunter will hit his stride.

Because Spielman has signed so many defensive free agents – starters and depth players – no EDGE rushers in addition to Weatherly is a wee bit perplexing.

Minnesota still has $13.5 million in cap space, enabling Spielman to explore the signing of a player like Justin Houston, Olivier Vernon, or even Griffen.

It’s just a guessing game as to whether there’s an appetite for another defensive end.