What The Vikings Can Learn From Last Night’s Game 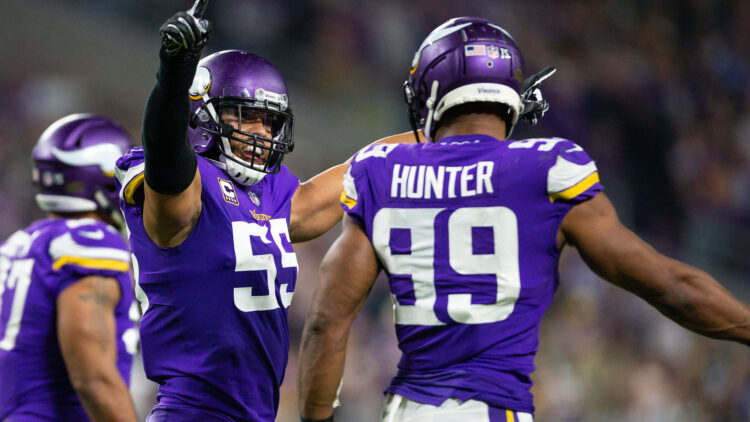 The inaugural game of the 2021 NFL season is in the books. The Tampa Bay Buccaneers bested the Dallas Cowboys in an exciting back and forth shoot-out. Both teams scripted and executed a game plan that kept the other on their proverbial heels.

And, there were a few things that stood out from the game applicable to how the Vikings should operate this season.

One thing that definitely stood out – – the numerous times a 300+ pound offensive lineman was thrown into the lap of Dallas quarterback Dak Prescott. The same Prescott who just missed a large portion of the 2020 season with a broken ankle, not ideal for their new $160 million dollar man. Defensive tackles Ndamukong Suh and Vita Vea continuously collapsed the middle of the pocket last night. This forced Dak to make a quick throw, scramble outside of the pocket, or generally be uncomfortable inside of it.

Why is this relevant to the Vikings? Well, Minnesota, for one, has a similarly beefy interior defensive line. One member of the interior took notice last night even.

What is seen here from Vea should be commonplace with the likes of Michael Pierce, Dalvin Tomlinson, and Sheldon Richardson plugging the middle. Against less mobile quarterbacks, this will cause havoc. The upfront pressure from our defensive tackles will push the quarterback to our velociraptors (Danielle Hunter and DJ Wonnum) sprinting in from the sides — easy kill.

The Cowboys entered the game with one of the league’s best running backs in Ezekiel Elliot, a quarterback coming off of a major injury, and one of the top offensive lines. A healthy dose of ground and pound was in store, right? Not so fast.

Dallas recognized the opponent they were up against as of the stingiest against the run in 2020 and scripted a game plan to combat it. They also likely saw the data regarding their running game whenever Zach Martin (their best offensive lineman) missed games. Dallas also features one of the league’s top wide receiver rooms and weaponized it to target one of the Buccaneers few weaknesses — defensive back depth.

Why is this relevant to the Vikings? The Vikings feature an oft-stubborn head coach in Mike Zimmer whose propensity is to prefer a run dominant, time-of-possession dominance game script. While this is a great script, one that often lends itself to be a successful one in most games — it shouldn’t be the end all be all. Teams [and more importantly coaches] need to adjust as the game and opponent dictates. Often, it is in the form of “second-half adjustments”, but much like Dallas did, why wait for the second half?

The Vikings will face many opponents in this year’s schedule gauntlet that will demand such adjustments be made. The Halloween night matchup against this very Dallas team might be just the type of team to attack differently. They appeared to react quickly to the Tampa runs but were susceptible to the passing attack. Dallas could very well become stout in this area as the season progresses, but the point is for the coaching to remain fluid and flexible.

Tampa Bay defensive back Sean Murphy-Bunting dislocated his elbow during the second quarter of the game and Prescott immediately began to attack his replacement Jamel Dean. Announcers Al Michaels and Chris Collinsworth immediately began discussing if the Buccaneers did have an Achilles heel, it was in the defensive backfield depth. To combat this, Tampa Bay began blitzing with their linebackers and living with the results on the outside.

Why is this relevant to the Vikings? Throughout most of the preseason, there has been a lot of chatter regarding the overall depth of this team. There have been many whispers the team is top-heavy and would not be able to sustain numerous injuries to key players. But, what team would? Is the Vikings depth at certain positions thin? Yes.

When constructing a roster, a general manager will look at the durability of a starter and make an educated gamble on the rest of the depth at the position. Look at pseudo-iron-man Kirk Cousins who has 79 consecutive regular-season starts or safety Harrison Smith who has been generally healthy throughout his career. This type of longevity at a position allows for a team to take a roster gamble and bet on what has been true to remain true. Depth issues are commonplace across NFL rosters, sometimes it leads to teams being snakebitten.

As week 1 steamrolls ahead, keep an eye on other teams and how they operate, when not watching the Vikings, of course. There is always a list of do’s and don’ts that can be taken and applied to the Vikings. It may help one appreciate or loathe when Zimmer or baby Kubiak make just such adjustment.