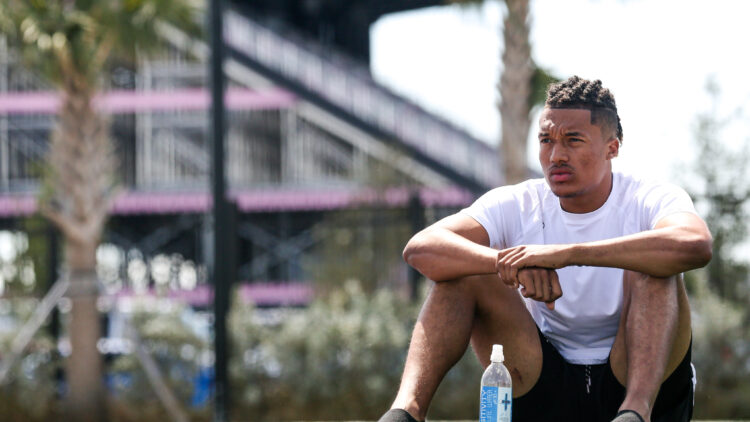 Minnesota Vikings QB1 Kirk Cousins has never missed a professional football game due to injury, ensuring the probability of seeing rookie quarterback Kellen Mond during the 2021 season is rather low. General Manager Rick Spielman is committed to Cousins in 2021 — and probably 2022, too, per his contract — so any Mond sighting this autumn would likely surface because of an unfortunate injury to Cousins.

Since joining the Vikings in 2018, Cousins has authored the NFL’s fifth-most touchdown passes (91) en route to the league’s seventh-best passer rating (102.6), notably ahead of players like Tom Brady, Lamar Jackson, and Dak Prescott. Still, about one-fifth of Minnesota’s fanbase is unconvinced on the long-term prosperity of Cousins, floating the desire for change or “starting over” at the quarterback position. A sentiment of “we need to draft our Mahomes” pervades the Vikings digital stratosphere — as if there are quarterbacks like that totally unearthed somewhere at the collegiate level.

So, when Spielman drafted Mond in the 3rd Round of the 2021 NFL Draft, he was the “closest thing we got” to a contingency plan for the future. Even the aforementioned Mahomes had to usurp Alex Smith on the depth chart in 2017. If the Cousins experiment ends prematurely, folks will jump with two feet into the Mond Pond.

And here’s how it might look if Mond, for some reason, sees playing time in 2021.

The “He Isn’t Ready” Experience 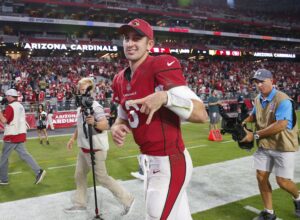 On this one, think Josh Rosen from the Arizona Cardinals in 2018. Rosen was theorized to be a Top 3 pick for a lot of the 2018 draft cycle, fluctuating spots with rookie quarterbacks like Sam Darnold, Josh Allen, and Baker Mayfield. Alas, he was chosen 10th overall to a Cardinals team that is not as promising as it seems now.

Rosen wasn’t very good, encountering an awful offensive line in front of him that disabled any inklings of sizzle from the UCLA alumnus. Within one year, he was tossed aside for Kyler Murray as Kliff Kingsbury burrowed into the desert for his crack at leadership.

The Vikings experienced these doldrums with Christian Ponder, so perhaps that is a better example. However, the expectations for Mond will pale in comparison to Ponder based on draft positioning. Mond was plucked from the 3rd Round, Ponder from the 1st.

There is always a chance that Mond is a struggle merchant. Mond’s addition to the team feels optimistic now because the Vikings rarely draft a reputable quarterback as an exit strategy for their current QB1 situation. It’s foreign territory for Vikings fans — dating back nearly 20 years to the Daunte Culpepper draft pick.

Mond can do no wrong now as he is a beacon of potential. Unfortunately, the possibility exists that he simply isn’t that good. But the VIkings don’t have to rush to him into anything — that’s the beauty of it. 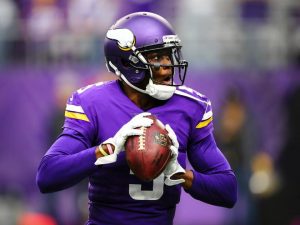 When Bridgewater took the reins from Matt Cassel in 2014, the ordeal was so damn exciting because he was 21 years old, the coach was brand new, and Vikings football was rancid, for the most part, during the previous four seasons.

As a starter, Bridgewater has been good-not-great. His career was derailed in 2016 when his leg was shredded, but he bounced back admirably, finding gigs with the New York Jets, New Orleans Saints, Carolina Panthers, and now Denver Broncos.

His 2014 campaign generated excitement. Vikings loyalists will welcome a Bridgewater-like 2014 campaign if glimpses of Mond are on the docket in 2021. The deal-sealer for Bridgewater and the Vikings, in terms of pizazz? He was always so damn calm and collected. That has not translated to NFL superstardom — likely because of the 2016 injury — but the temporary exhilaration in 2014 was palpable.

Sign VikingsVille up for a 2014 sequel of Bridgewater if Mond sees the field in 2021 — minus the franchise-altering injury two years later. 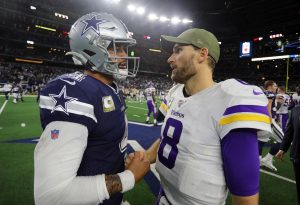 An unsung draft pick at the time in 2016, Prescott was never supposed to dethrone Tony Romo so quickly. He did, spurring into motion Romo’s eventual retirement and solidification for Prescott as the Dallas Cowboys undisputed QB1. Prescott delivered 23 touchdowns to four interceptions, guiding Dallas to a herculean 13-3 record before a crushing playoff loss to the team from Wisconsin.

Romo-into-Prescott should be considered the dream scenario for Cousins naysayers. That is — an oft-scrutinized quarterback (usually erroneous criticism) gets overtaken by a mid-round draft pick. It happened to Romo — it could happen to Cousins.

To be clear, Cousins affords the Vikings their best chance to win in 2021. But if the anti-Cousins crowd gets their way, Mond replicating Prescott’s success in Dallas is the quixotic screenplay to crave.  And even the pro-Cousins army would fall in love.