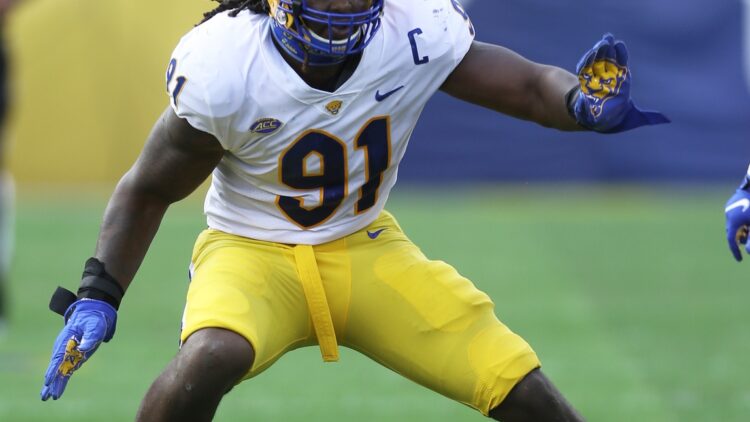 Don’t get it mistaken, Patrick Jones is a bit of a project. He is a very adept pass rusher, but he relies on quickness more than technique. That said, with Danielle Hunter, Michael Pierce, and Dalvin Tomlinson alongside him on the defensivve line, it makes a ton of sense to go with an athletic guy at the remaining edge position.

Jones broke out in 2019 for Pittsburgh and kept it up in 2020. Over the course of those two seasons, he recorded 17.5 sacks and 24 TFL. He does tend to wear down and gets stunned at time off the block, but he is not someone the Vikings should expect to be a full-time player, at least immediately. However, alongside Stephen Weatherly, he is more than capable of filling in rotational reps along the EDGE. His athleticism and aggresiveness will be a valued trait along the d-line for the Vikings.

At the end of night two, things could not be going much better for the Vikings. They have addressed OT, G, and DE; all of which were considered the biggest draft needs for this team. Anything they do on day three is gravy!