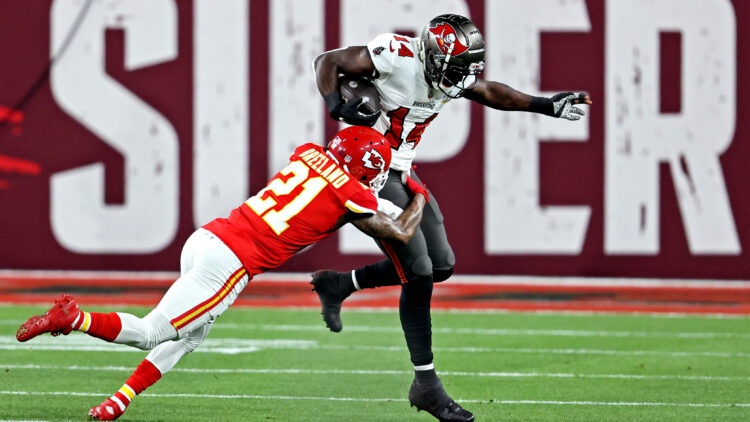 The Vikings tapped into their nearly acquired cap space once more this week. This time with a significant free-agent signing in early June.

Per Ian Rapoport, the team has agreed to terms with cornerback Bashaud Breeland, the former Kansas City Chief, and seven-year veteran.

The #Vikings have agreed to terms with CB Bashaud Breeland, most recently of the #Chiefs.

The former fourth-rounder in 2014 will be joining the Minnesota Vikings on what is reported to be a deal up to $4 million, leaving the Vikings with $9-10 million in cap space.

The move is a significant addition to the cornerback room, as the veteran started 11 of 11 games played last season, and tallying 88 starts in his seven-year career. Throughout his career, Breeland has played a minimum of 64% of the defensive snaps throughout his career, excluding 2018, where he appeared in only seven games.

In 2020, Breeland registered 36 solo tackles, two interceptions, one forced fumble, one tackle for loss, and allowed 30 receptions on 54 targets.

Since entering the league, Breeland has earned the following PFF grades:

The signing of Breeland puts the icing on the cake of a complete makeover. With the additions of Patrick Peterson, Mackensie Alexander, Xavier Woods, and Tye Smith, there will be plenty of new faces in the Vikings’ secondary.

However, Breeland will join a very crowded CB room that includes Peterson, Dantzler, Alexander, Boyd, Hand, Mabin, Nickerson, Gladney, Smith, and now Breeland. With playing time and snaps never guaranteed in the NFL, each of these guys will have to earn their stripes in 2021.

Peterson and Dantzler are expected to headline the outside corner spots. Alexander is expected to fill the nickel. Recent media reports indicate Hand has been earning reps with the first team in OTA’s. Where that leaves Breeland is yet to be determined. The best guess appears to be a role spelling Dantzler and Peterson on the outside, allowing fresh legs late in the fourth.

Regardless of Breeland’s expected role, he is certainly ready to get to work: I’m going back there to the NFC North, just on another side after being in Green Bay. I feel it’s a great opportunity being w/a defensive-minded HC, Patrick Peterson & getting to mentor the young guys as a vet myself.

The other question mark here resides in Jeff Gladney. He should see playing time in 2021; however, the former TCU alumnus’s future remains in jeopardy due to recent behavior.

Regardless, the Vikings are set at the corner position.

The only concern is the length of the deal. One could expect it to be another one-year deal, given the agreement is for up to $4 million. However, the official details have not been released. Come time 2022; the Vikings may desperately need bodies at the CB position. After all, Cam Dantzler is the only starting caliber CB on the team for 2021 and beyond.

All in all, this is yet another sign the Vikings are going on all in for 2021. Mike Zimmer simply will not field a bottom-tier defensive unit in 2021. If you forgot, the Vikings finished fourth-worst in points allowed, sixth-worst in total yards allowed, and ninth-worst in passing touchdowns allowed. That will undoubtedly not be the case in 2022.