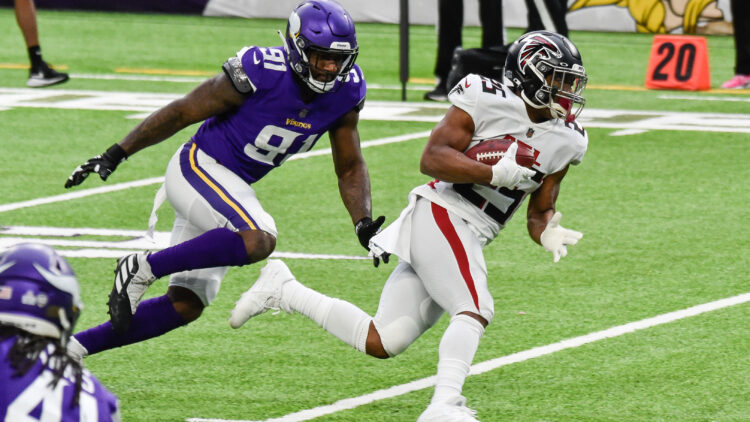 The Minnesota Vikings announced the signing of Ito Smith today to the 85 man preseason roster. Ito Smith, a former Atlanta Falcon, hopes to make the final 53-man roster once cuts are made on August 31st.

The former Southern Mississippi running back played four years with the Golden Eagles, totaling 4,538 rushing yards and 42 touchdowns in that period. Smith, a 4th-Round pick, was taken with the 126th pick in 2018 by Atlanta. His role in Atlanta was primarily as a backup and a change-of-pace tailback. He posted 343 yards from the line of scrimmage last year, with a touchdown to pair.

Ito Smith is an interesting signing for the Vikings as they already have a plethora of capable ball carriers on the roster already. With Dalvin Cook and Alexander Mattison as near locks to make the 53-man roster, Smith will have an uphill battle to make it past final cuts at the end of the month. He’ll compete with Ameer Abdullah and recently drafted Iowa State RB/KR Kene Nwangwu.

It remains to be seen if Smith will be used on special teams, or if he will stick solely to running back duties. Either way, Ito Smith is an intriguing addition by the Vikings as a potential dark horse RB3 or special teams utility man.